Falling snow, 20 mph sustained winds, snow plows and flashing lights are all things that anyone travelling from Atlanta to Indianapolis would consider a blizzard, but to locals, it was just a slight flurry.  Although waking up in a rest stop parking lot on interstate 65 after driving non stop all night to the sight of four inches of sticking snow was an exotic sight, we had to get moving.  We cranked the rental Camry and continued our pilgrimage to the less known trade show, the one they call “PRI.” 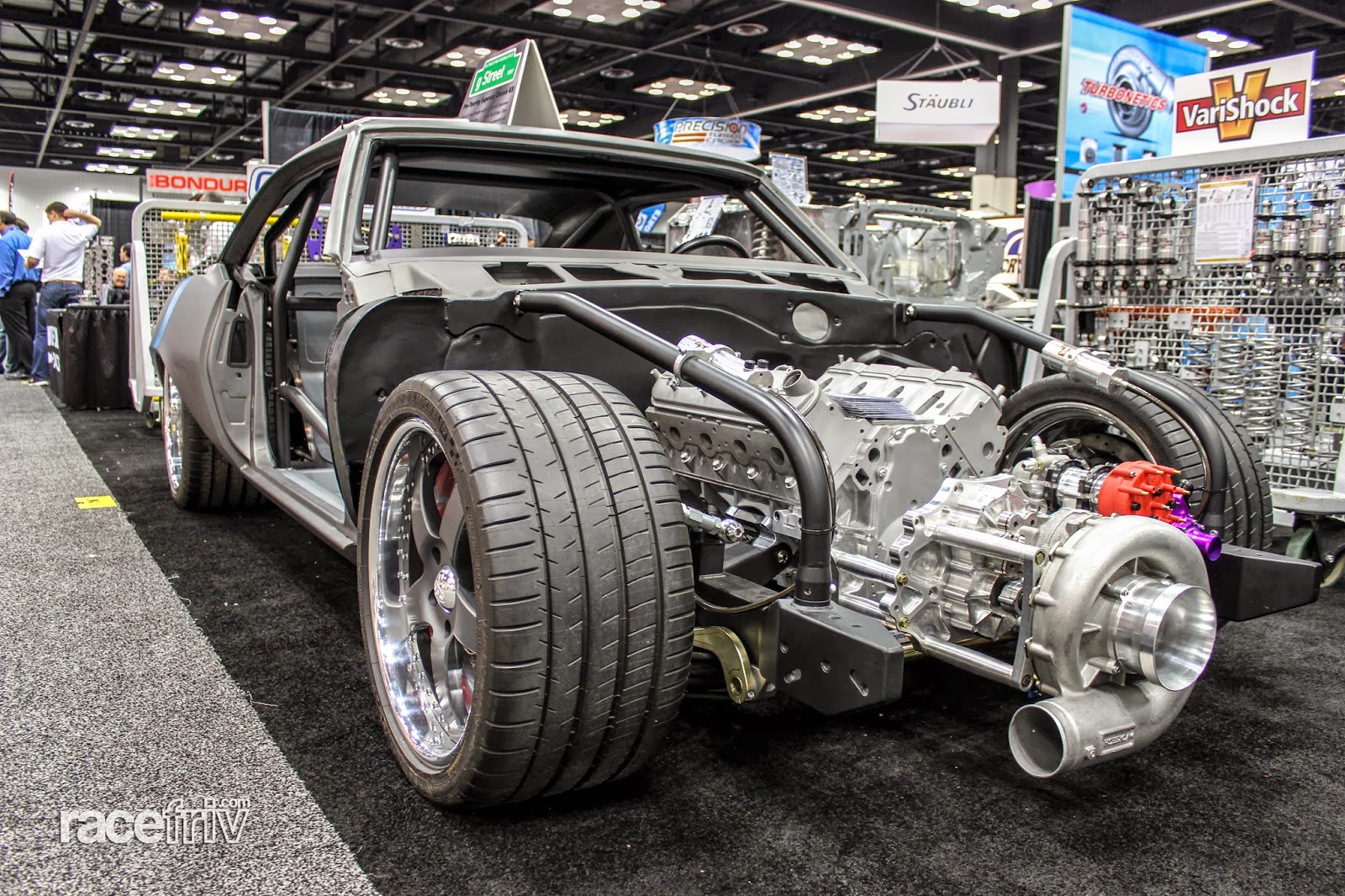 Editors Note: This is Matt first post on racefriv! Welcome to the team bro! Click the jump for more insanity from PRI. 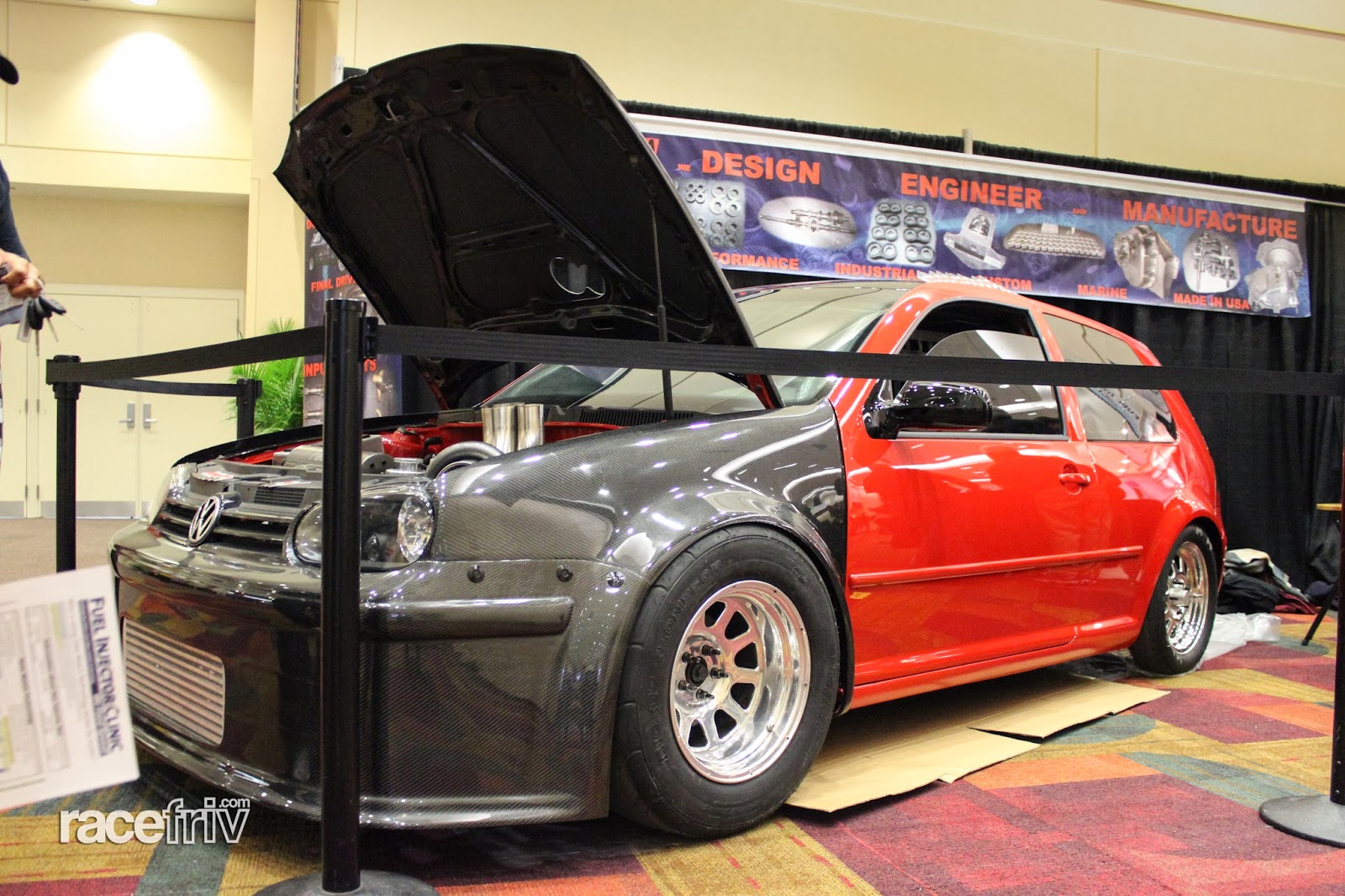 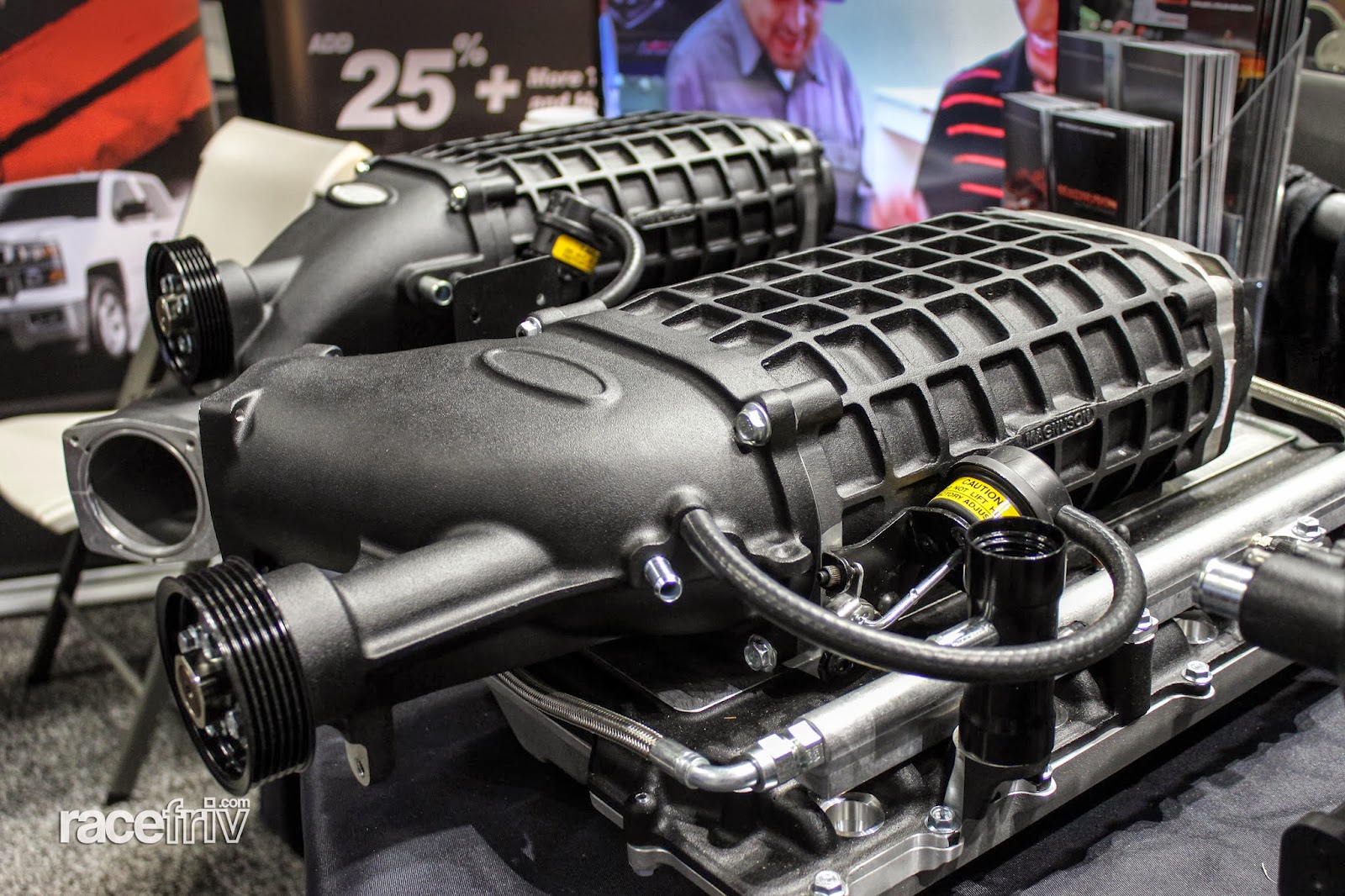 PRI (Performance Racing Industry), is a trade show much like SEMA, which all car guys are familiar with.  Even though it is a show that was purchased back from SEMA recently, it boasts being a more performance oriented event lacking many of the flashy wheel and accessory vendors.  The only visitors/attendees allowed are those who own/work in automotive shops, or are part of the press covering the event.  Being a member of both, I naturally chose to be “Press” so I could carry the camera on the inside. 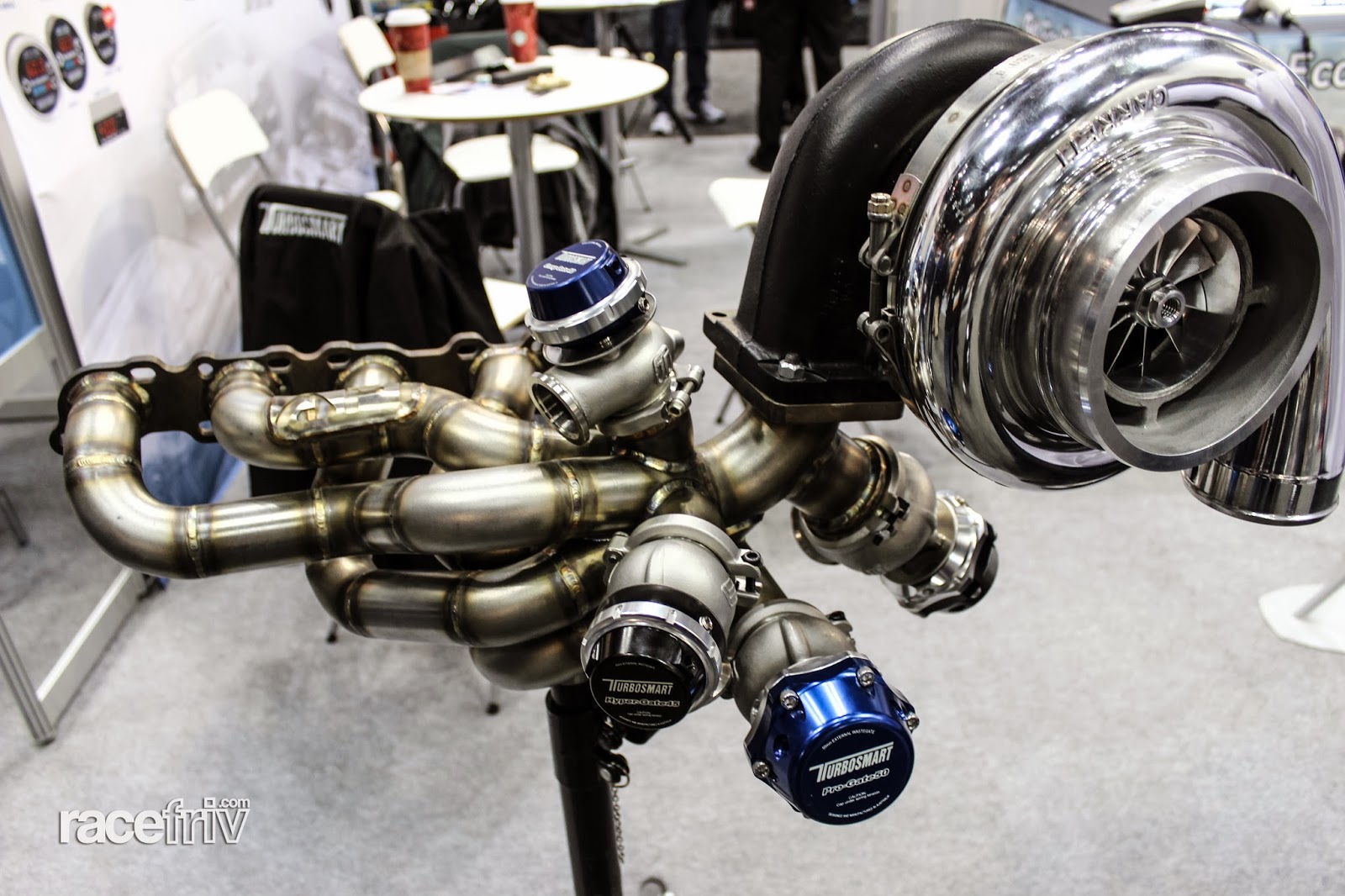 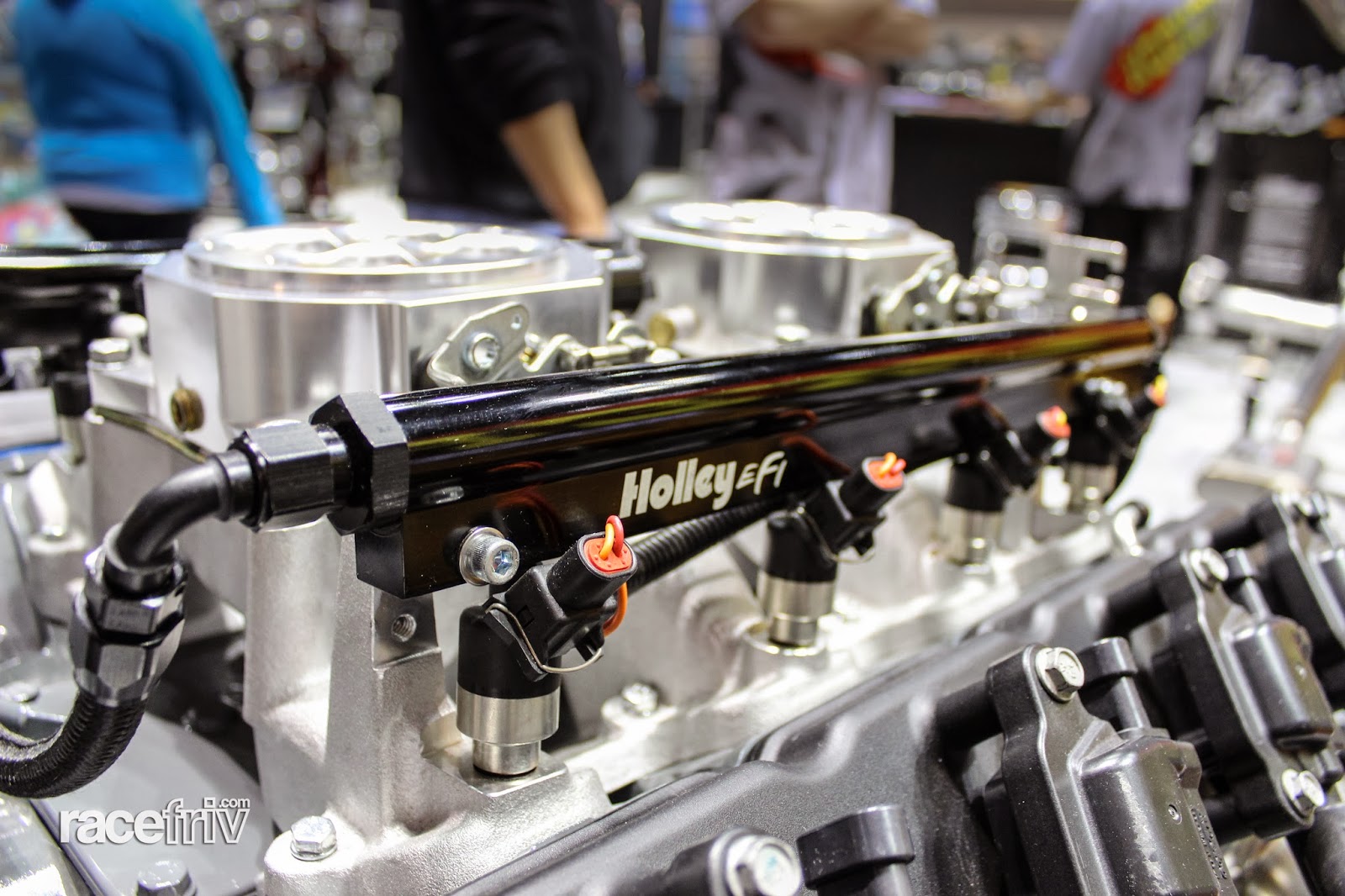 After getting signed in and making our way to the main entrance, we had already stopped and looked at vendors in the main hallway, as well as many purpose built race cars that showcased the vendor’s specific applications and specialties.  Even after seeing that, walking through the main doors at the Indianapolis Convention Center still felt like walking into Disney World in a gearhead’s dream.  One large room and a few smaller rooms and hallways filled with over 1200 of the top name manufacturers in the world in one place is quite overwhelming, but you have to keep you head organized and your eye on the game plan.   It is tempting to run about and hit all the big vendors, and then just browse as you please, but you will never get it all done.  The way to do it is pick a side, start there and stay on that course and not deviate. 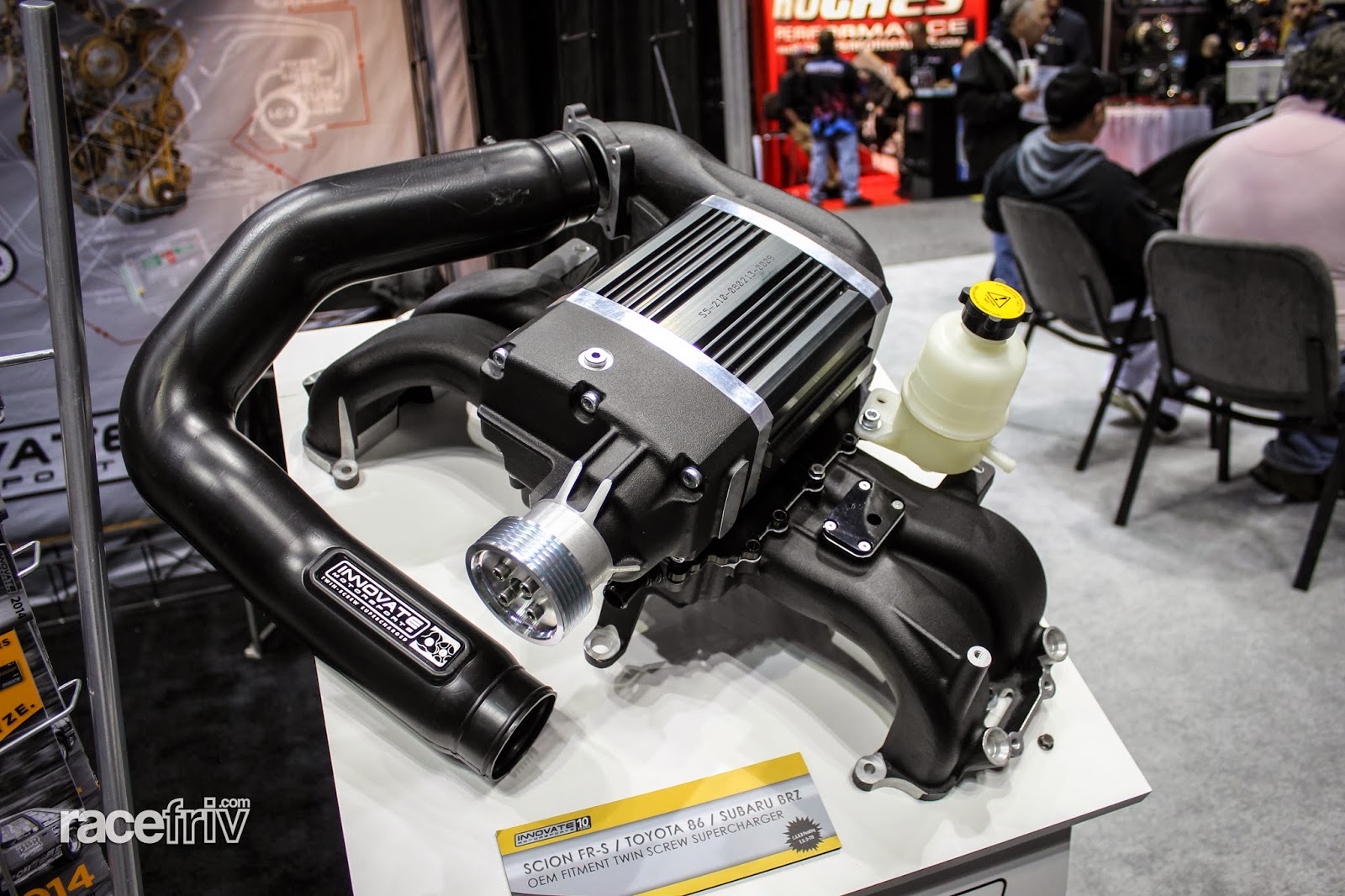 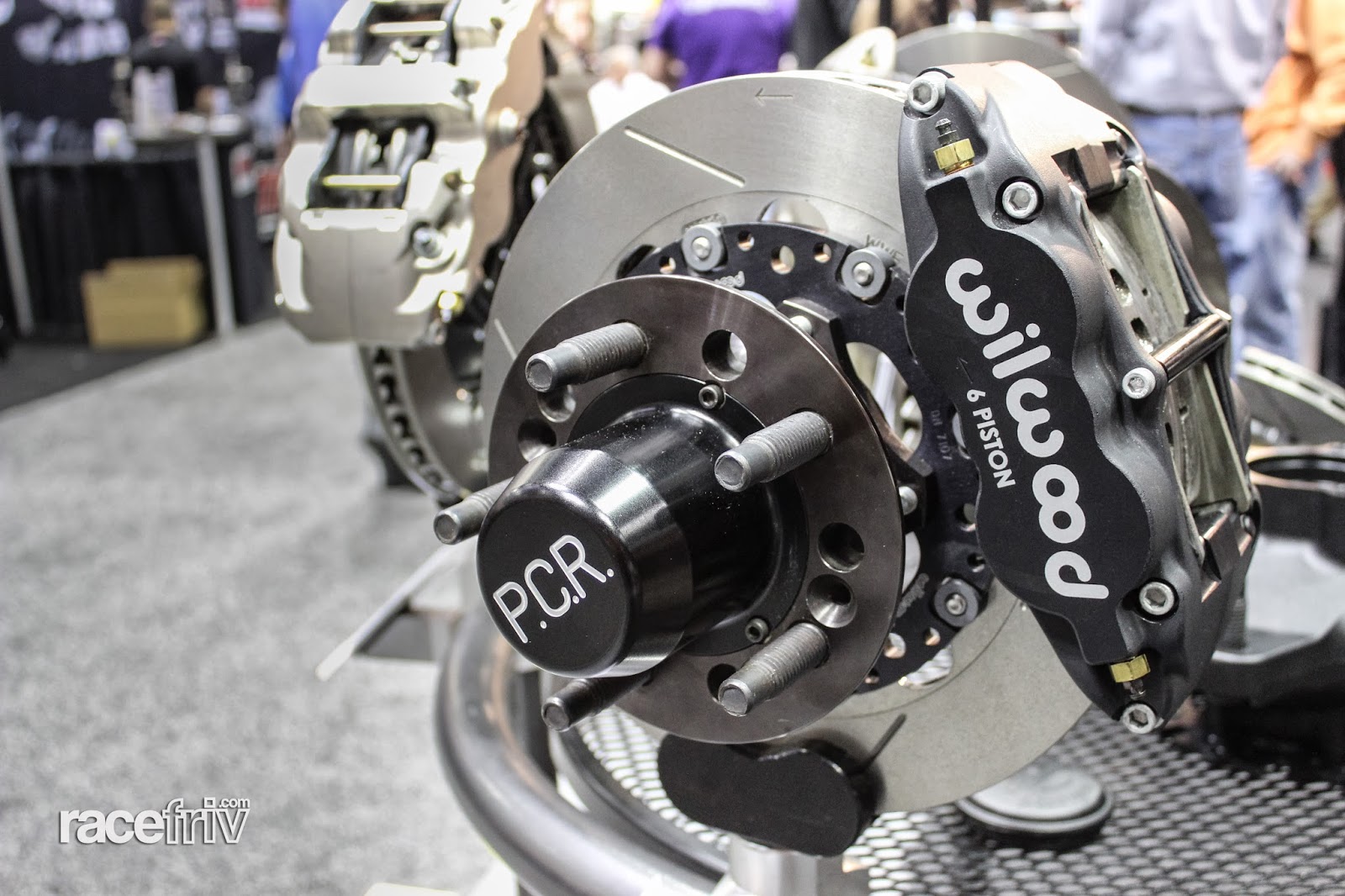 Making our way through was tough work as tens of thousands of enthusiasts, shop owners and everything in between browsed all the new products and basked in the tech knowledge supplied by the booths.  With free Catalogs, lanyards, keychains, and other goodies, our bags had to be taken to the car multiple times to make room for more.   Around lunch time, we went and talked to the stars of the TV show, Street Outlaws, Powerblock TV, and online series Roadkill.  Even though they have shows and are known by grease monkeys everywhere, they are all just car guys that love what they do and are good at it.  We would often see them wandering around, looking just as lost as we did in the maze of tents, stands, and show cars. 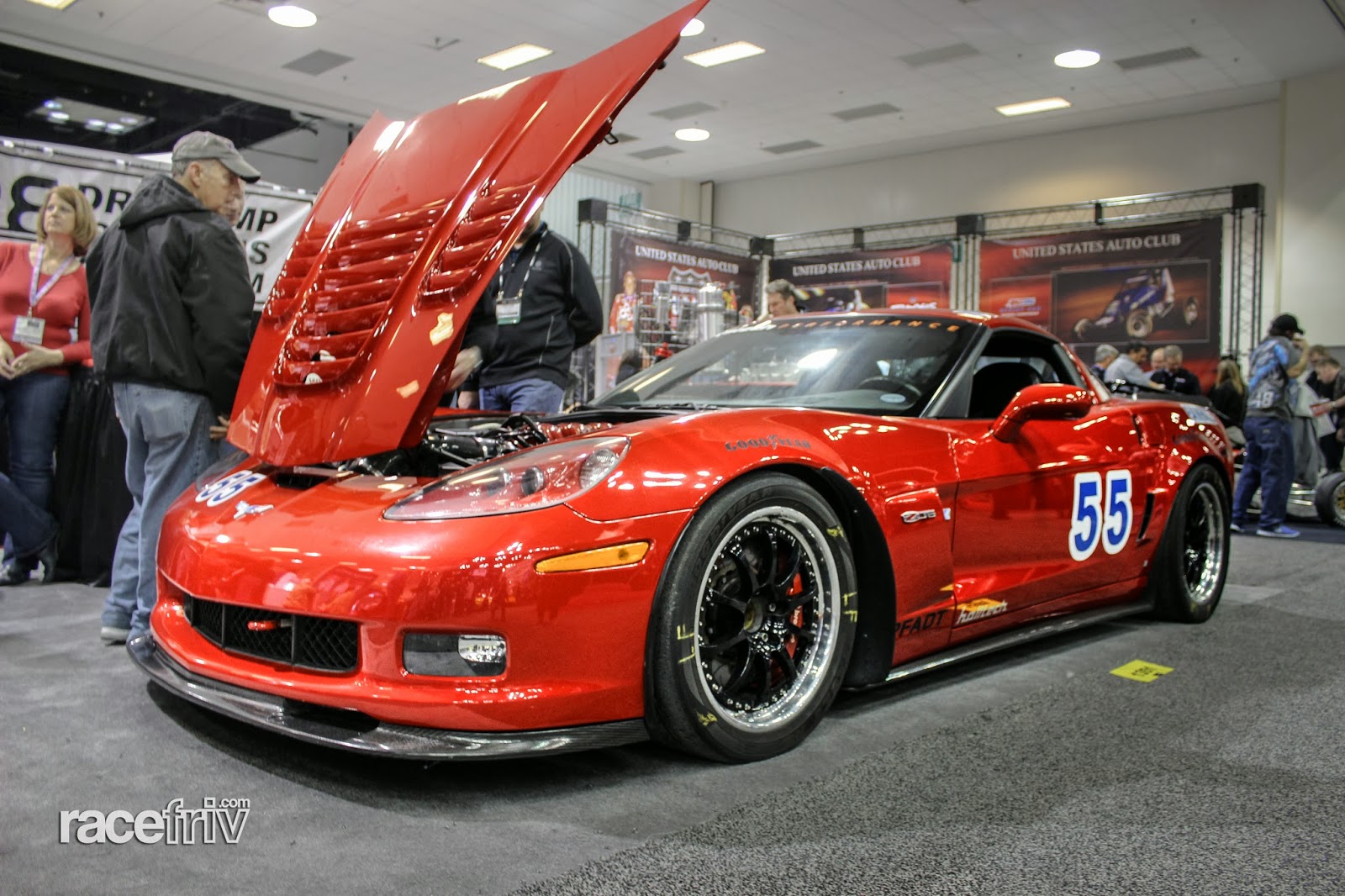 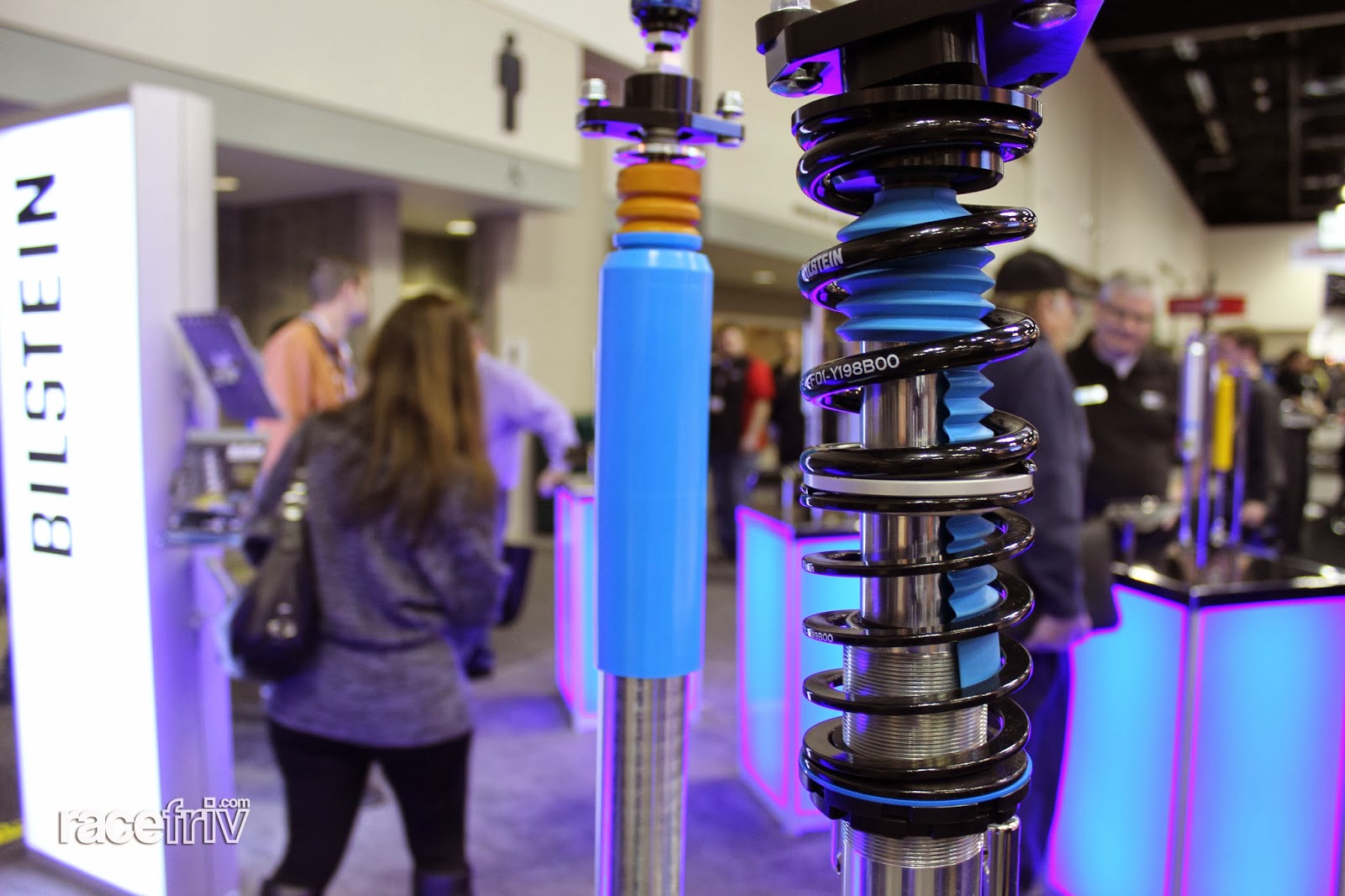 With visiting all the tents doing giveaways and other events, the show started drawing to a close as we rested our sore feet and backs at the Momo booth on the backside of the show while talking with Carl Denis, the Area Manager for most of the country for Momo.  The lights flickered and and we were thanked for a great show and were informed that it was time to go.  We saw Carl start to push the Momo LeMans Porsche out of the building by himself, so we helped out in the below freezing weather get it out to a safe place for the truck pick up.  After doing so and making a new friend, we waved goodbye and headed back to the hotel with loads of new contacts, books, gear and experiences. 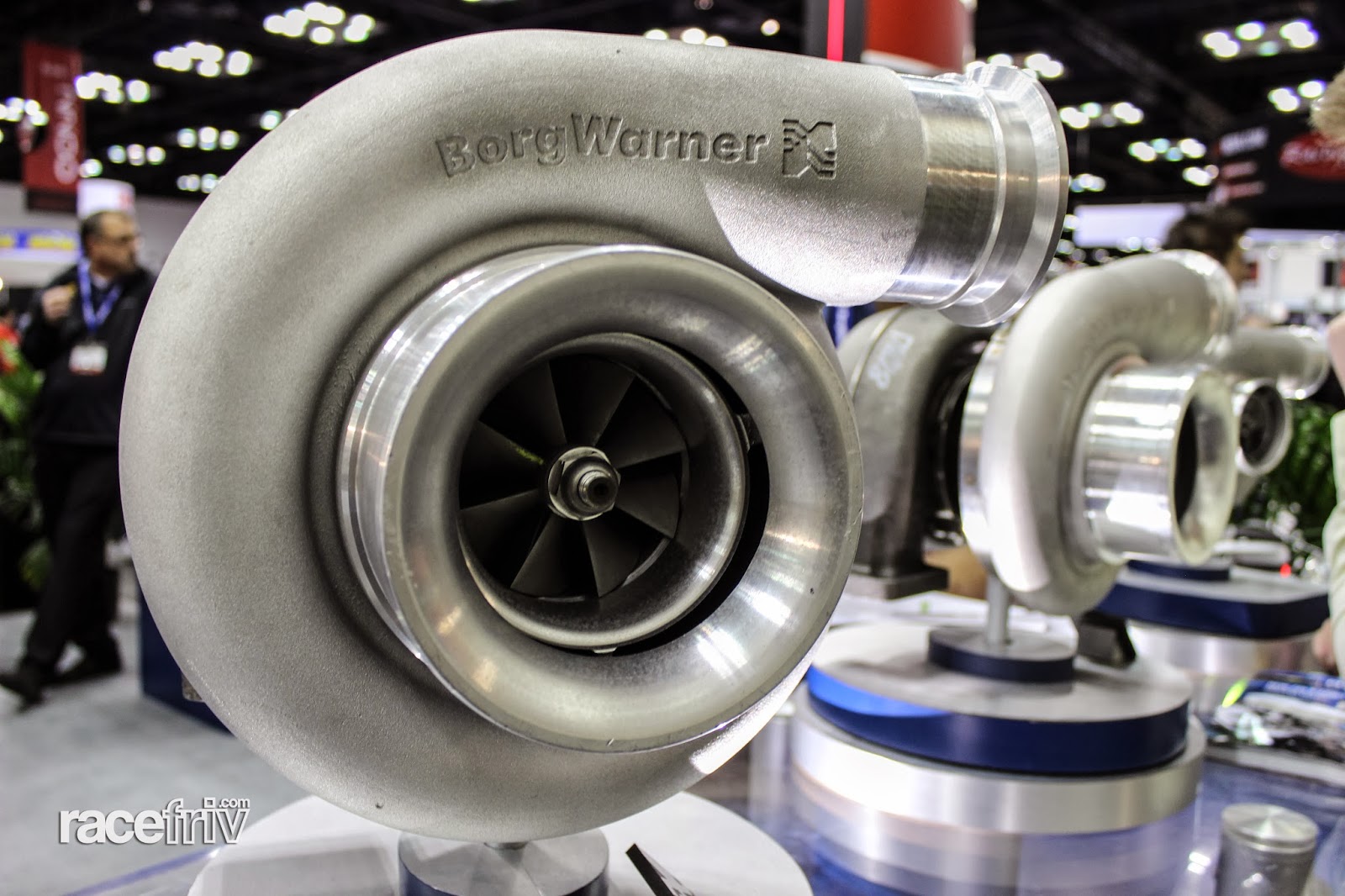 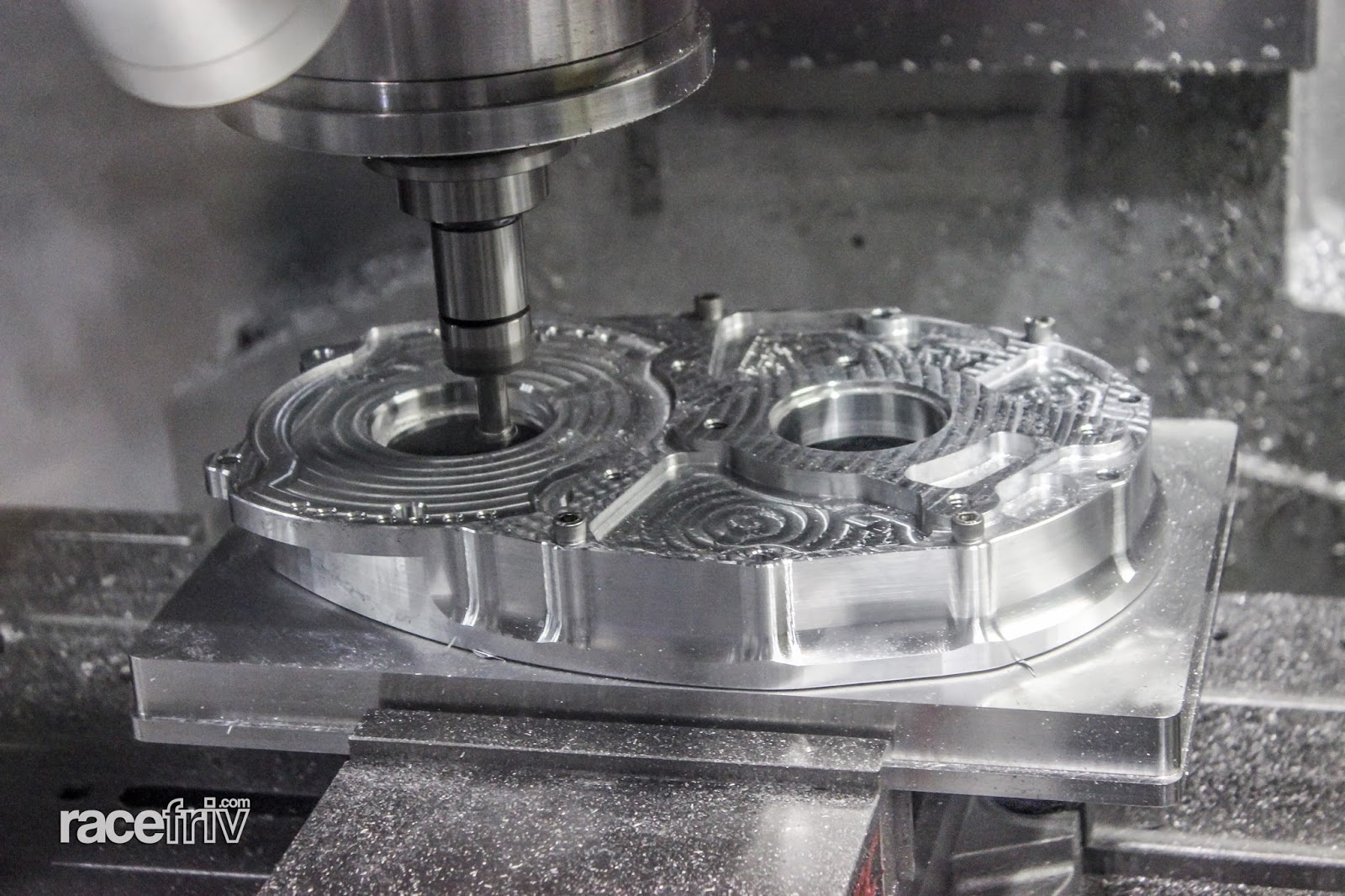 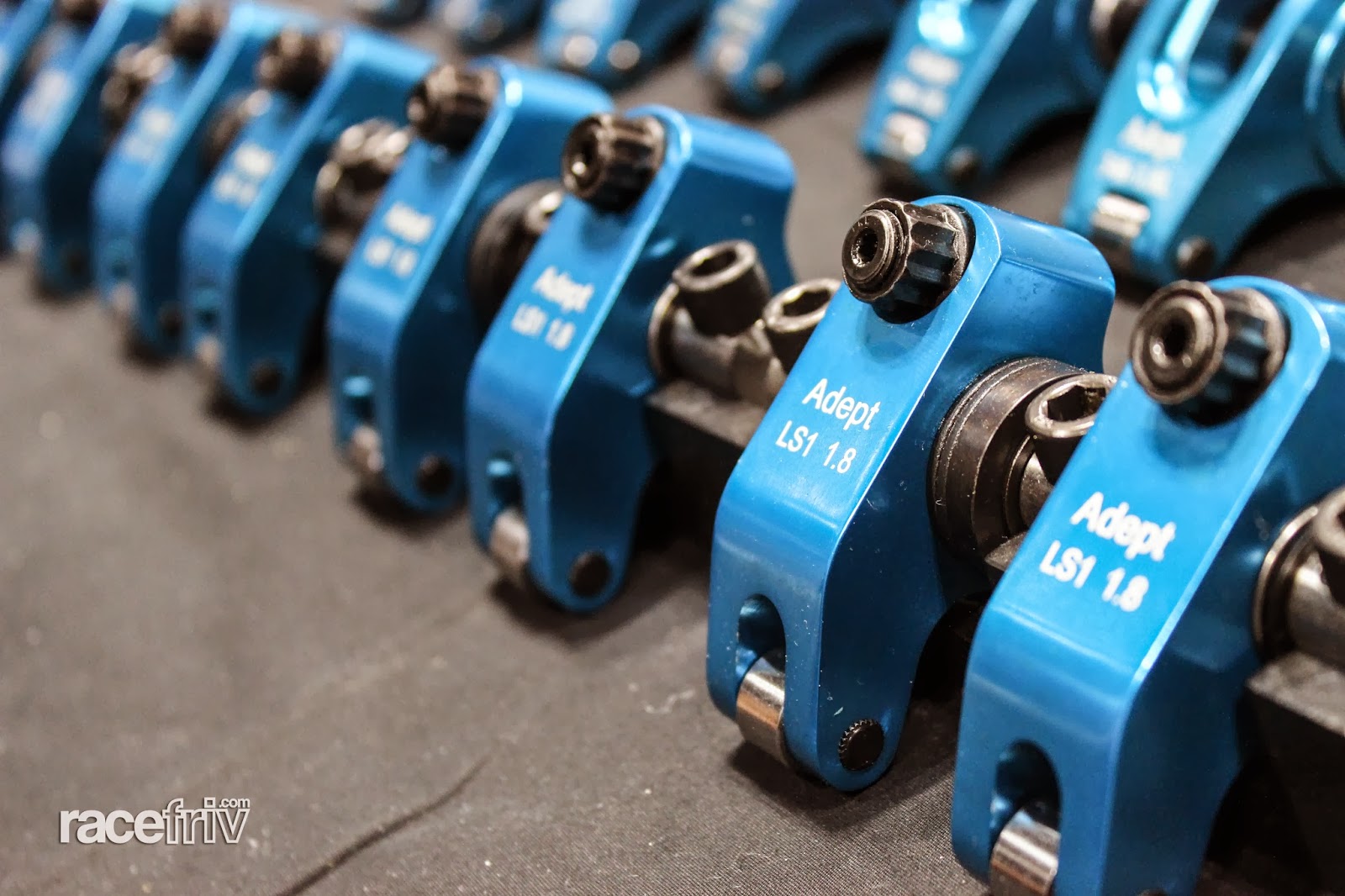 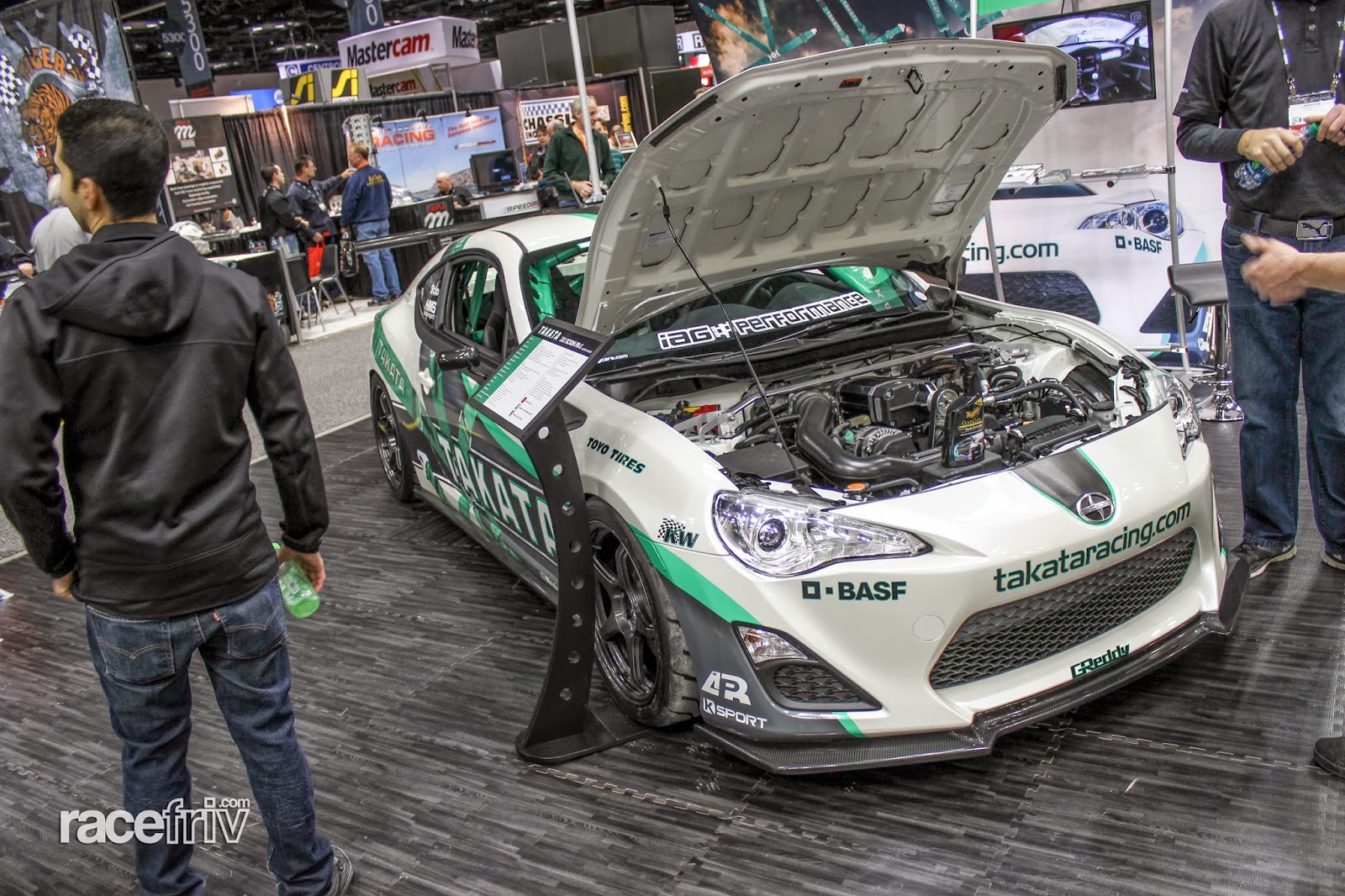 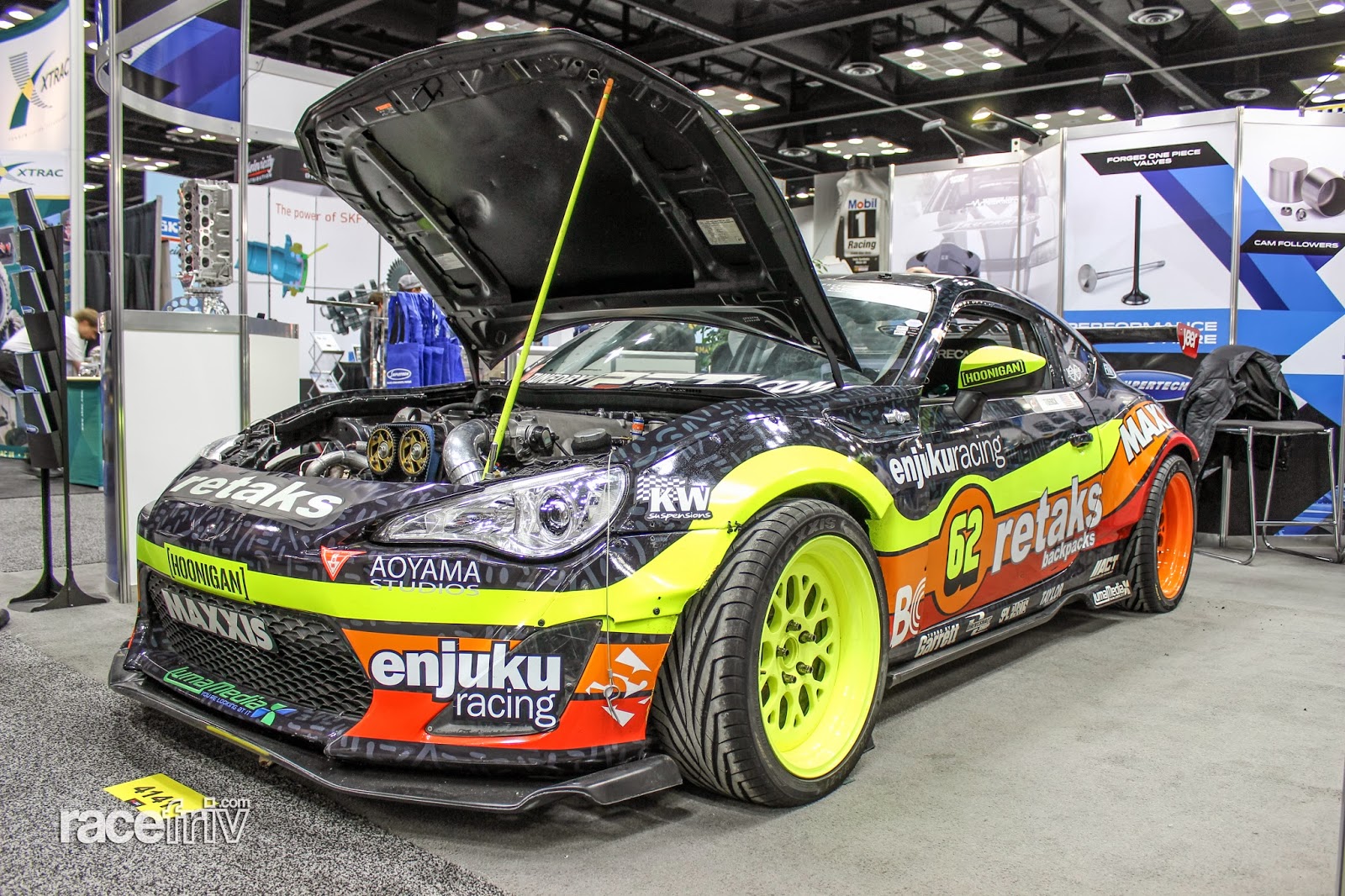 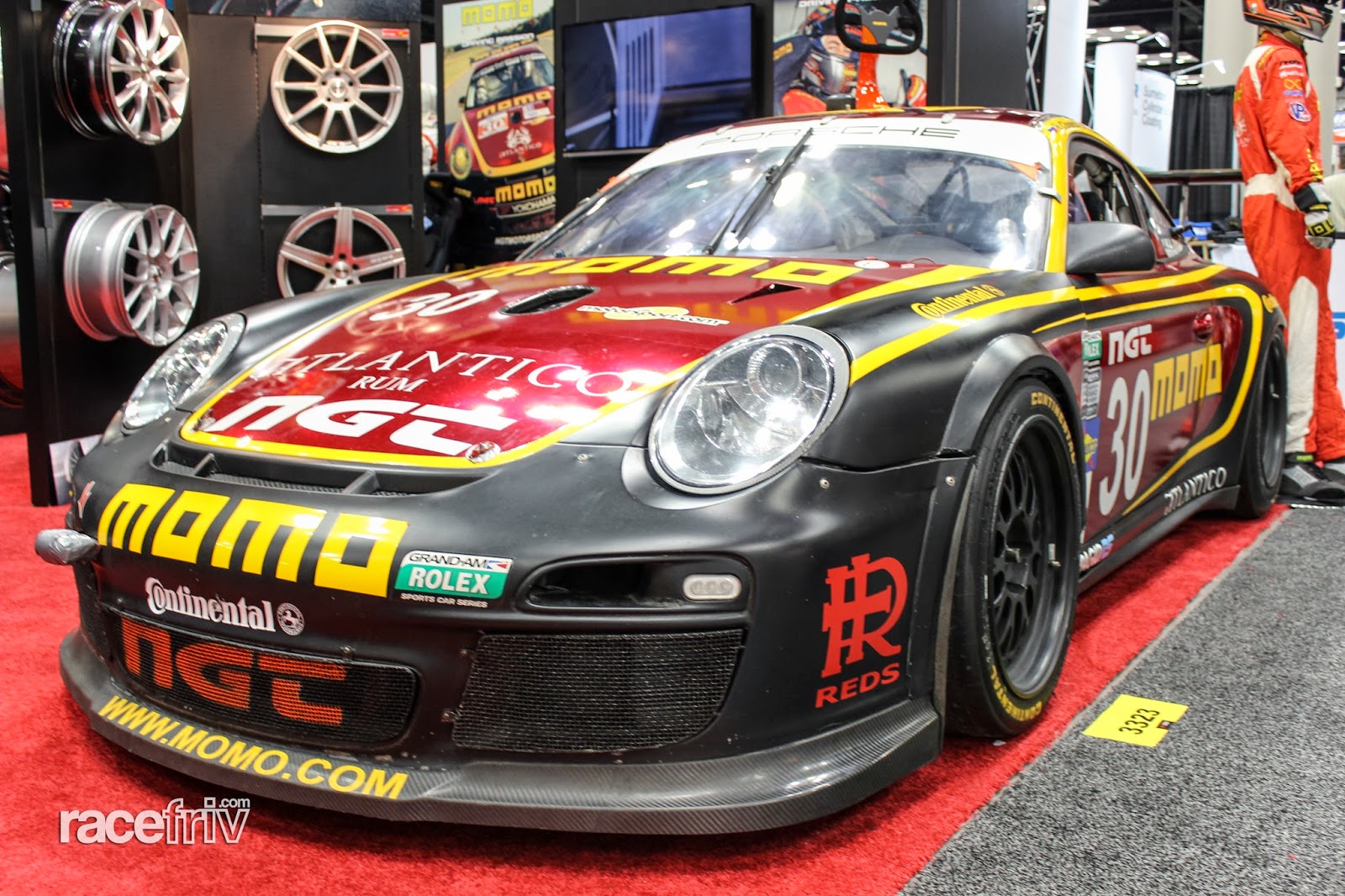 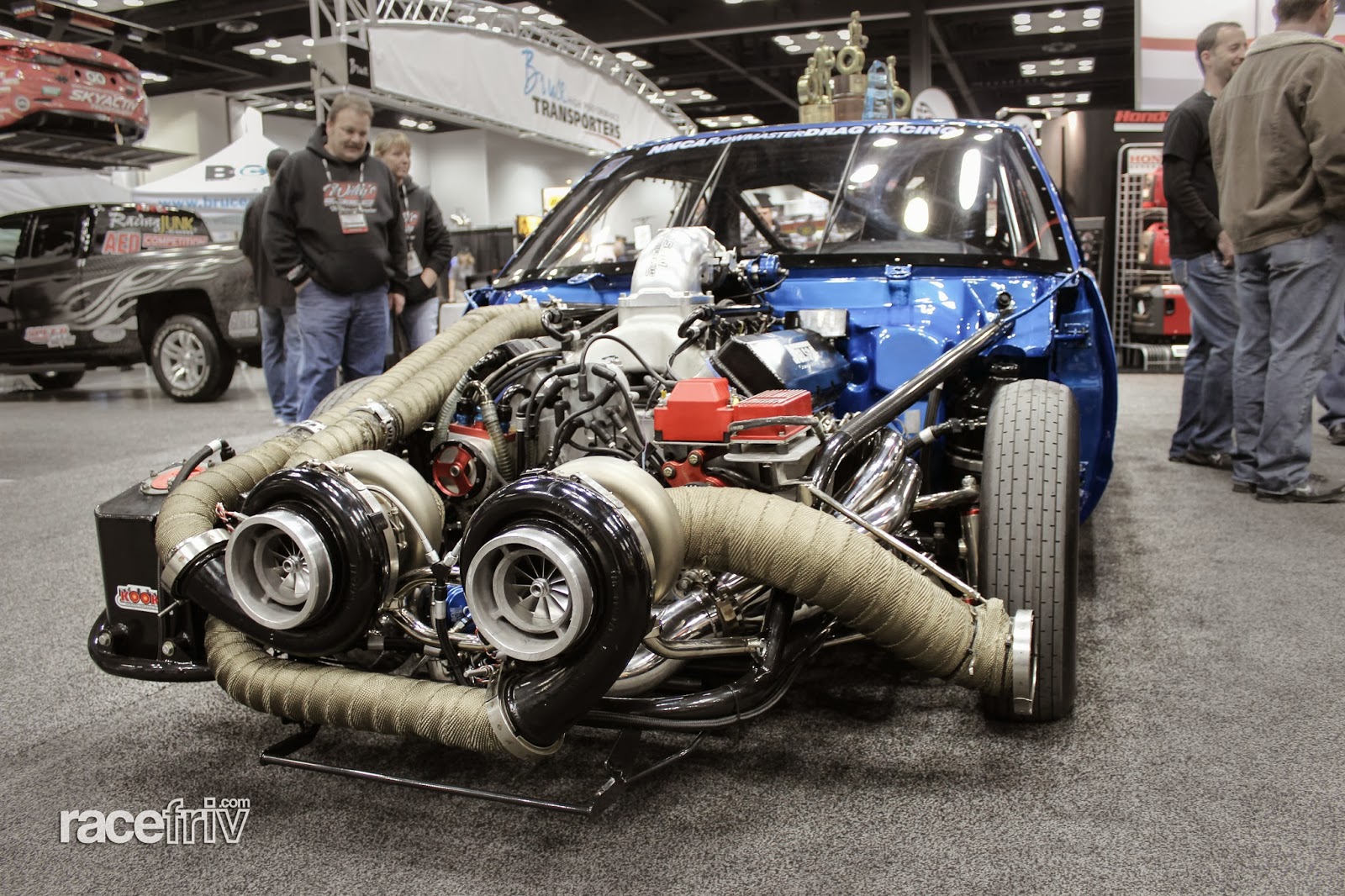 For any motorhead, PRI is one of the things that should be at the top of your “TO-DO LIST.”  Even though it is a trade show, most of us know someone that has a shop or is involved in the car scene in a way to be given access to the building.  Below are pictures of just a fraction of a fraction of the new parts to be hitting the streets and tracks near you soon, as well as some of the famous cars that will be using them.  Enjoy!
-Matt