Nopi 2013: Drifting, Stance and Everything in Between.

So Im little late on writing this post but better late than never. Nopi this year decided to hold a small drift expo with its usual show and I have to say It felt really good to get invited and even better to actually have as much fun as I did. Drift events are usually show up, setup, slide all day, pack up and go home. But with Nopi it had a really laid back atmosphere, since it was a 2 day event there was no rush to drift as much as possible, and of course there was a giant car show going on all around us to check out during breaks. It was a really good time, so click read more to check out some of the awesome drifting and really awesome cars that came out for the Nopi car show.

So lets just face it, Nopi isn't what it used to be, its used to be sort of a Mecca of car nuts, back in the fast and furious age but as that fad died off,  Nopi events kinda disappeared. 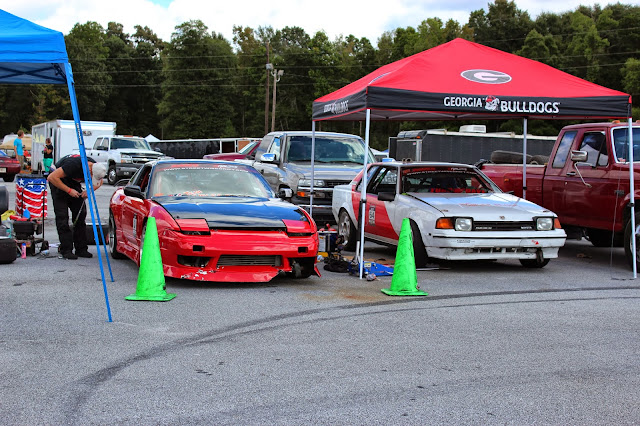 Flash forward back to the present and Nopi is out trying to rebrand themselves, trying to change with the ever changing car culture of today. I have to say, there off to a good start. They have a lot of work to do, and they could learn a lot from meets such as SouthrnFresh but there heading the right direction. 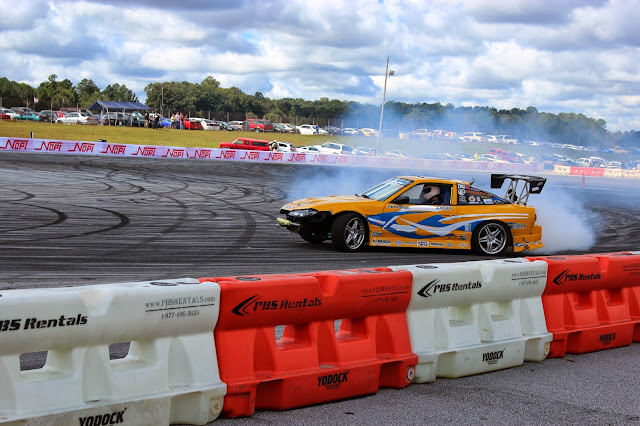 One of those directions is having drifting part of the show, and since its the fastest growing automotive sport its a pretty good move.

Nopi had a big area marked off and just kinda let us do what we want, which was a good change of pace vs running the same course over and over. It was really fun just letting loose and running the walls in any which way I wanted. 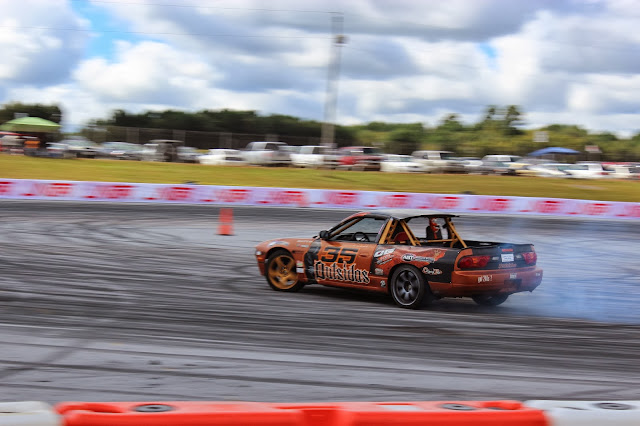 There were a lot of friendly faces out at Nopi including my V8 bud in the pic above Seth Jones. 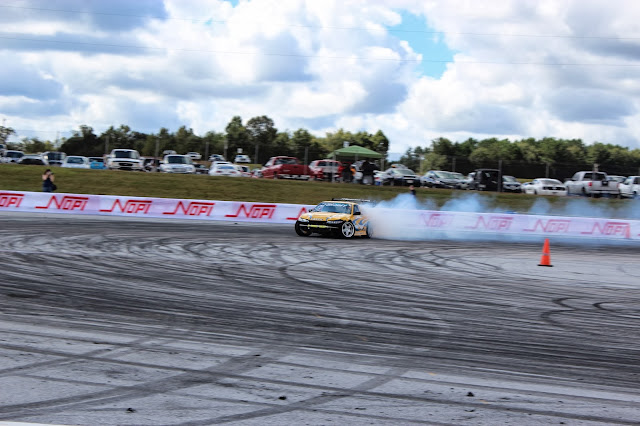 But the star of the show was someone Ive never scene in action before, Jason Jiovani who is a regular on the Pro-Am scene. 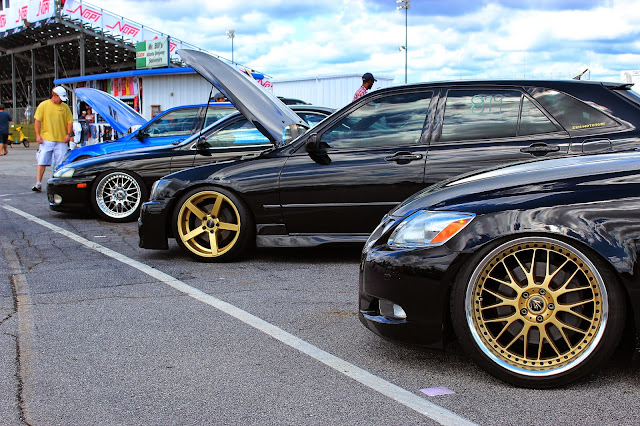 But as I said before, one thing I really enjoyed was that there was a huge car show going on around us and when you took a break from drifting you had plenty to do and tons of cars to check out. 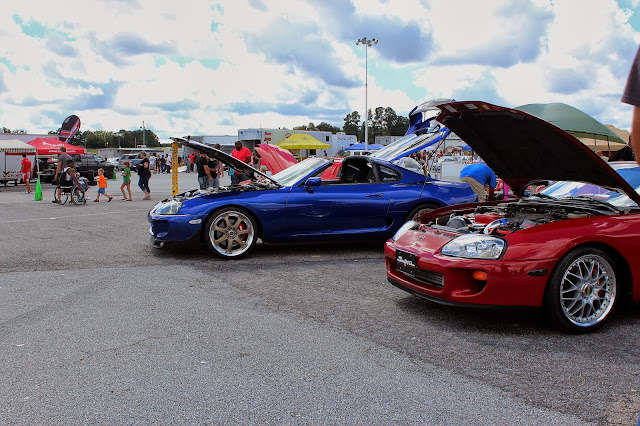 Nopi usually attracts a pretty eclectic crowd, everything from tuners to low riders. So as you can see there was something interesting around every corner even if it wasn't quite your taste. 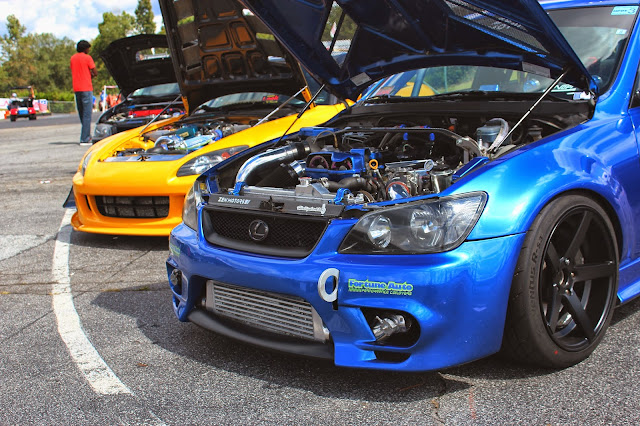 However there was plenty of things that were my taste. 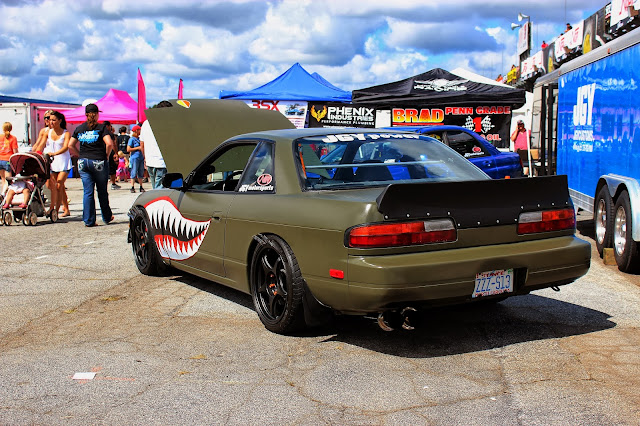 This S13 here I think is the definition of my taste. 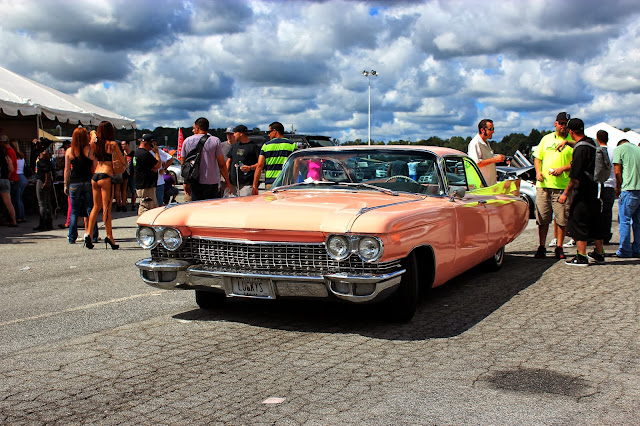 I know all of your eyes aren't even on the car, oh wait you didn't see that butt over there?
Welcome to nopi.
Oh wait never mind, this is my taste. Nopi is fun because it really does attract all sorts of
automobiles. 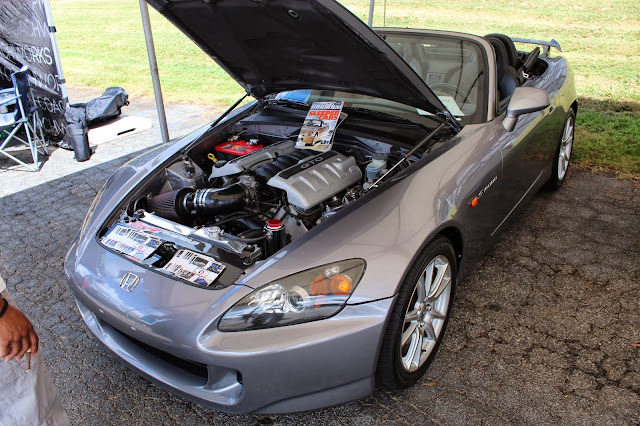 I have a few friends with S2000's and one day I will finally convince one of them to put a V8 in there, until then Ill have to just deal with this one.  LS2.....awesome. Check out import muscle for more info 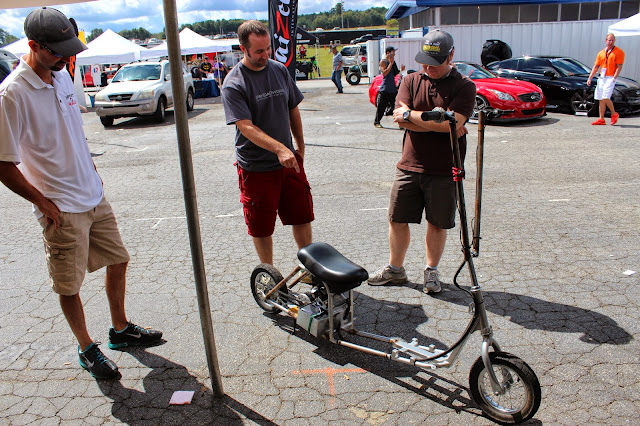 I got into a pretty long talk about there motor swaps but they didn't really care to talk about all their fabrication skills, they were much more interested in the scooter I recently finished. Yes that scooter up there is my newest little project expect to see a post on it pretty soon. 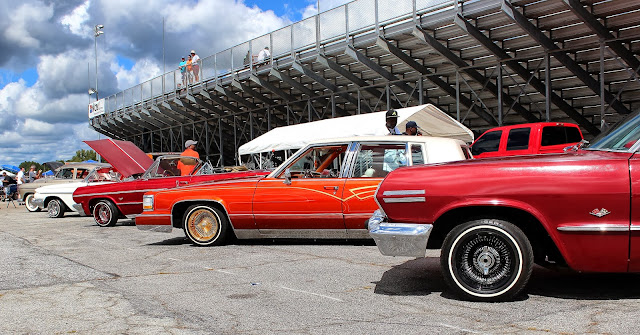 I have a lot of respect for the low rider scene, the amount of effort they put into some of these cars is staggering. 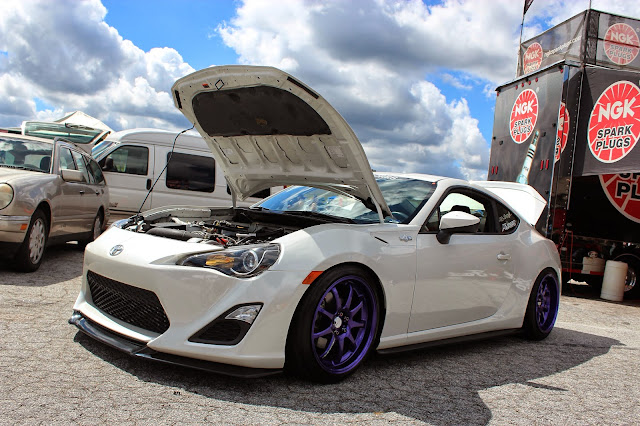 Our friend Justin came out with his supercharged FR-S.  Im totally not jealous at all. 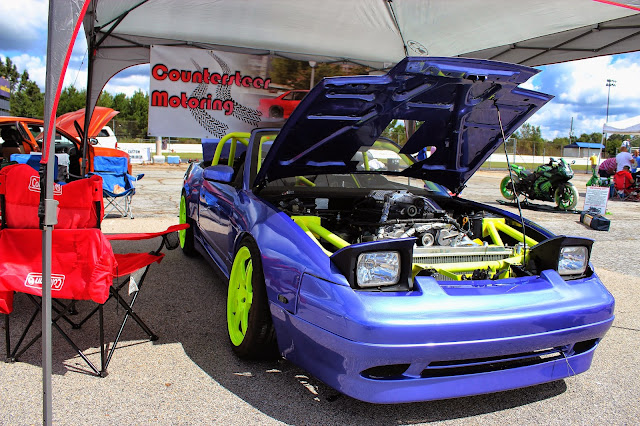 Speaking of things Im totally not jealous about, this S13 vert was built to perfection. I was really impressed with the build quality from countersteer. 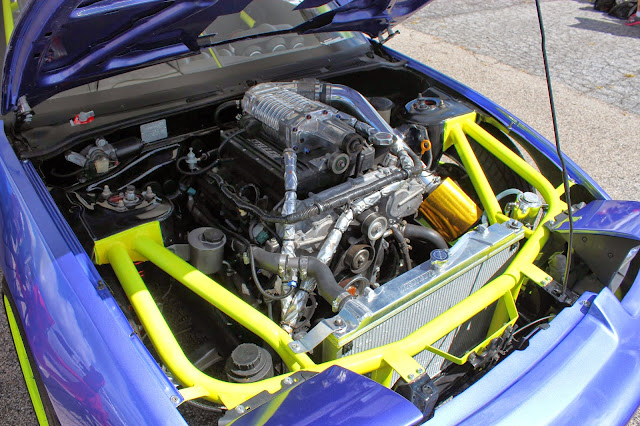 There was also some random very Nopi like stuff around. White tires........sure ok. 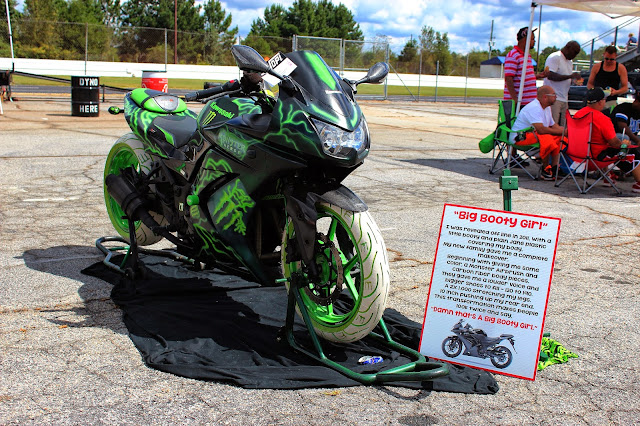 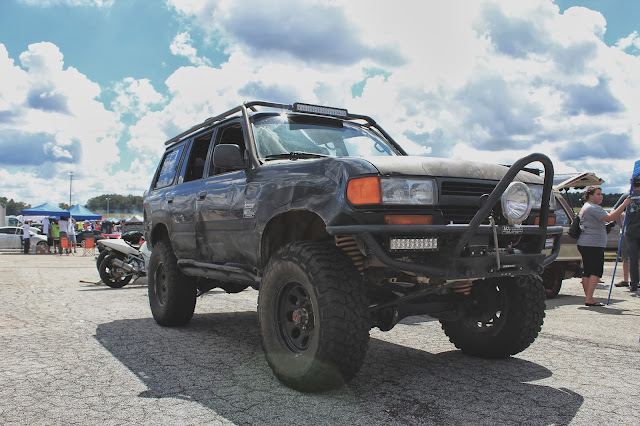 The southrnfresh crew was out with this baller MX-5. 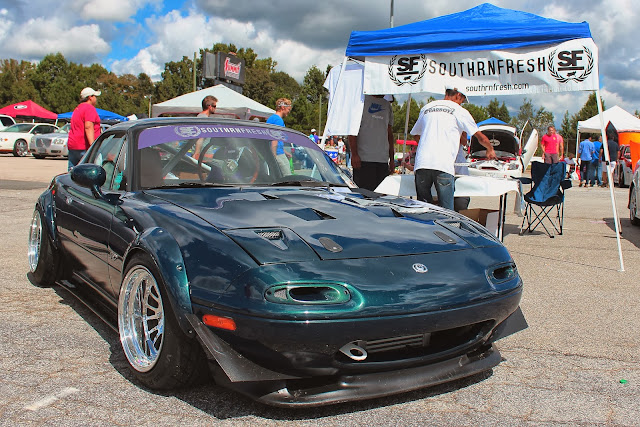 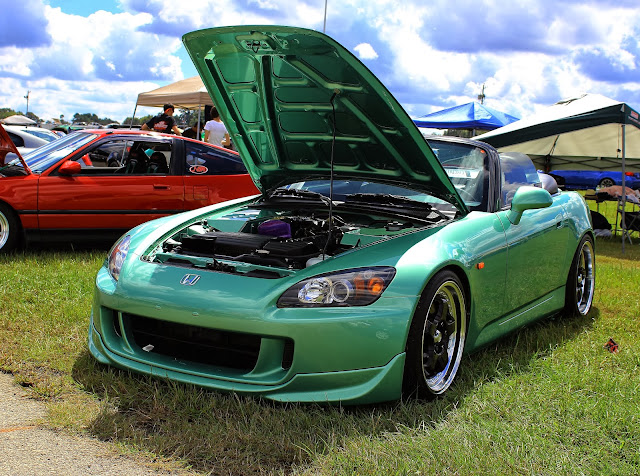 Lots of Hondas as always like Nopi always has been, but man... some of them were clean! 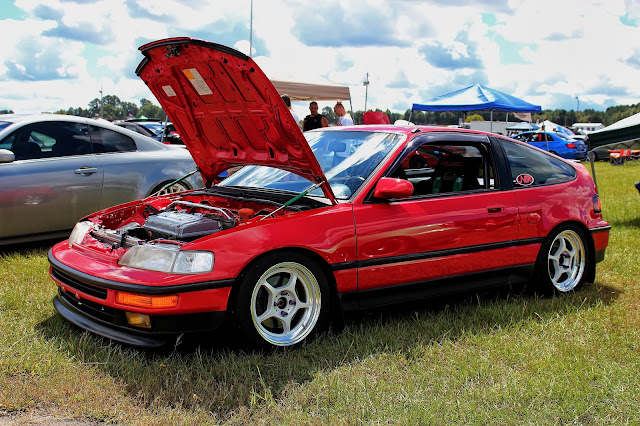 My buddy Luke in his ancient Mercedes. 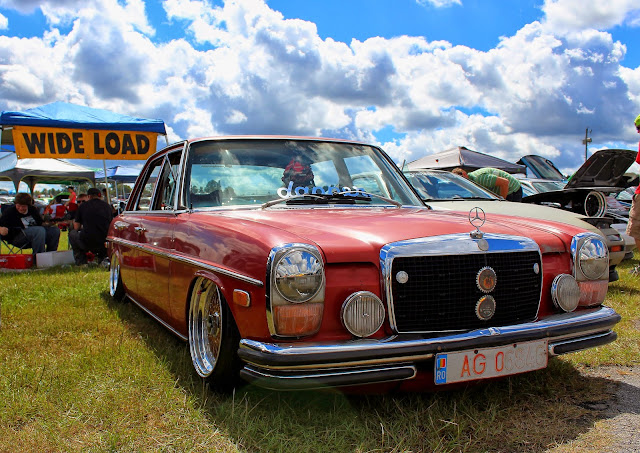 Also this ancient 1st gen Corolla. So stock and so awesome. 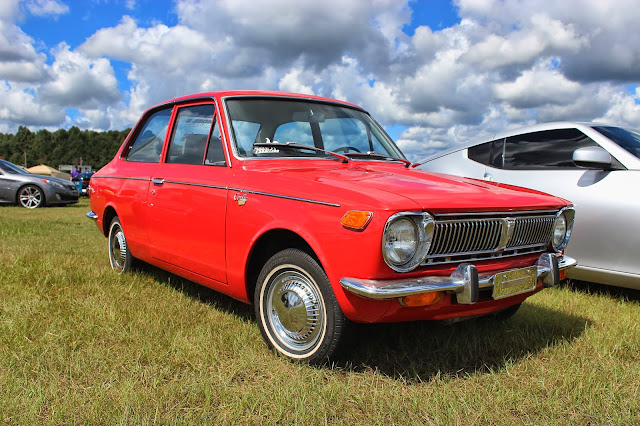 The Lopez brothers were in attendance of course, there mustard and ketchup cars are looking pretty damn good these days. 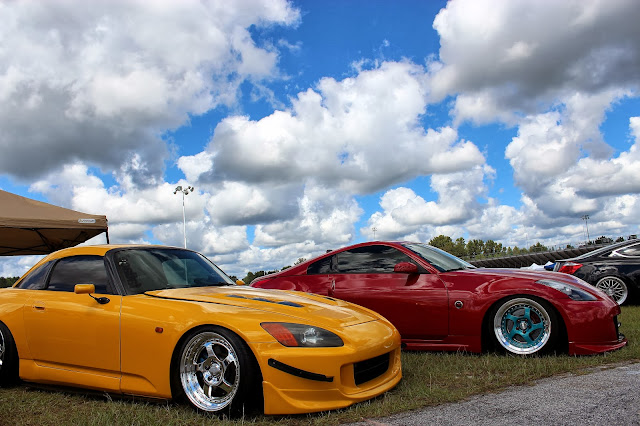 and just as I did while I was at the show, went back to drifting when ever I felt like it.

Drifting was gathering such a crowd that nopi began to wonder if they should tell us to stop so people would actually go watch the drag racing that was also going on at the time.  I didn't get any pictures of drag racing, Nopi had so much else going on I kinda forgot to go check it out. 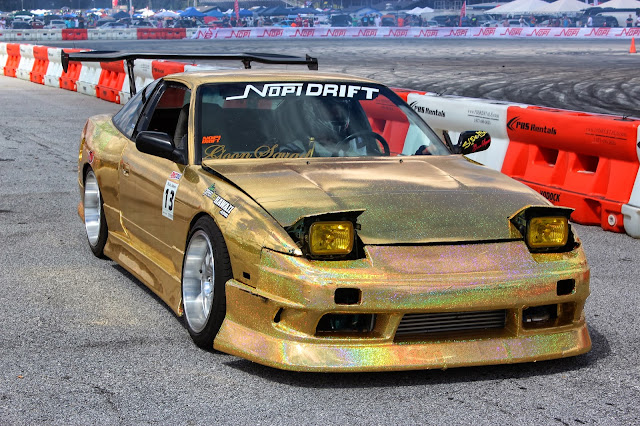 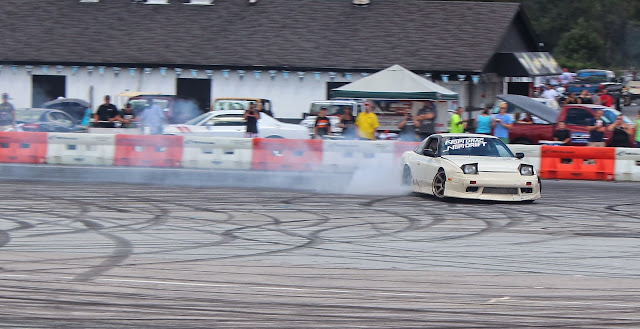 My bud Neil  in the pic below was there doing what he does best, getting (sorta) close to the walls, haha but for real, if you rammed the walls you were done for the day so running the walls was even scarier knowing there was even more risk involved. 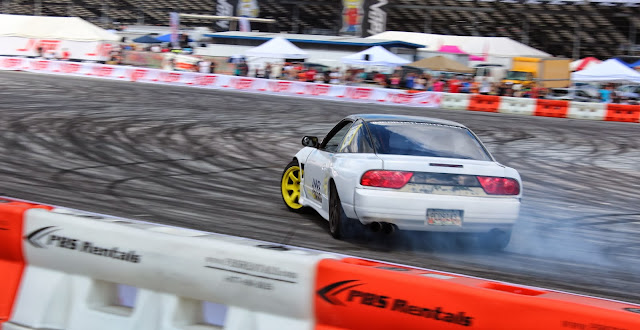 I didn't really get that many pictures of me because well... I spent most of my time in the driver seat having fun and I wasnt really concerned with taking any pictures.  Big thanks to Cereal2k for the pic. This might be the last event I get to run this year as I toasted my clutch towards the last day. So it has to be swapped before I can run again, luckly I built the thing to come apart easily. That's what I get for putting a used clutch in it when I swapped it in. Otherwise she ran perfect, looking forward to a long and fun 2014 season when S2 starts doing drift events again. Yay! 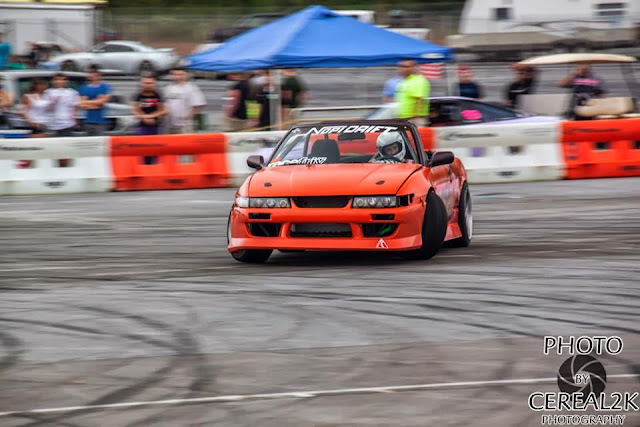 All in all I had a really good time out at Nopi, hope I get invited back next year! Thanks for having us.

Till next time everyone stay friv -Ish.