Project: Red Rocket - Down to the Block

The real work started this week on the Red Rocket.  Well, it started again.  I thought the real work was removing the head, but then I found piston damage.  Now the real work is replacing the pistons while leaving the block in frame.  I don't have an engine holder or hoist, so I didn't want to go down the Mitsubishi recommended path of block removal in order to replace the pistons.  I'll just drop the oil pan and push the pistons out from below. 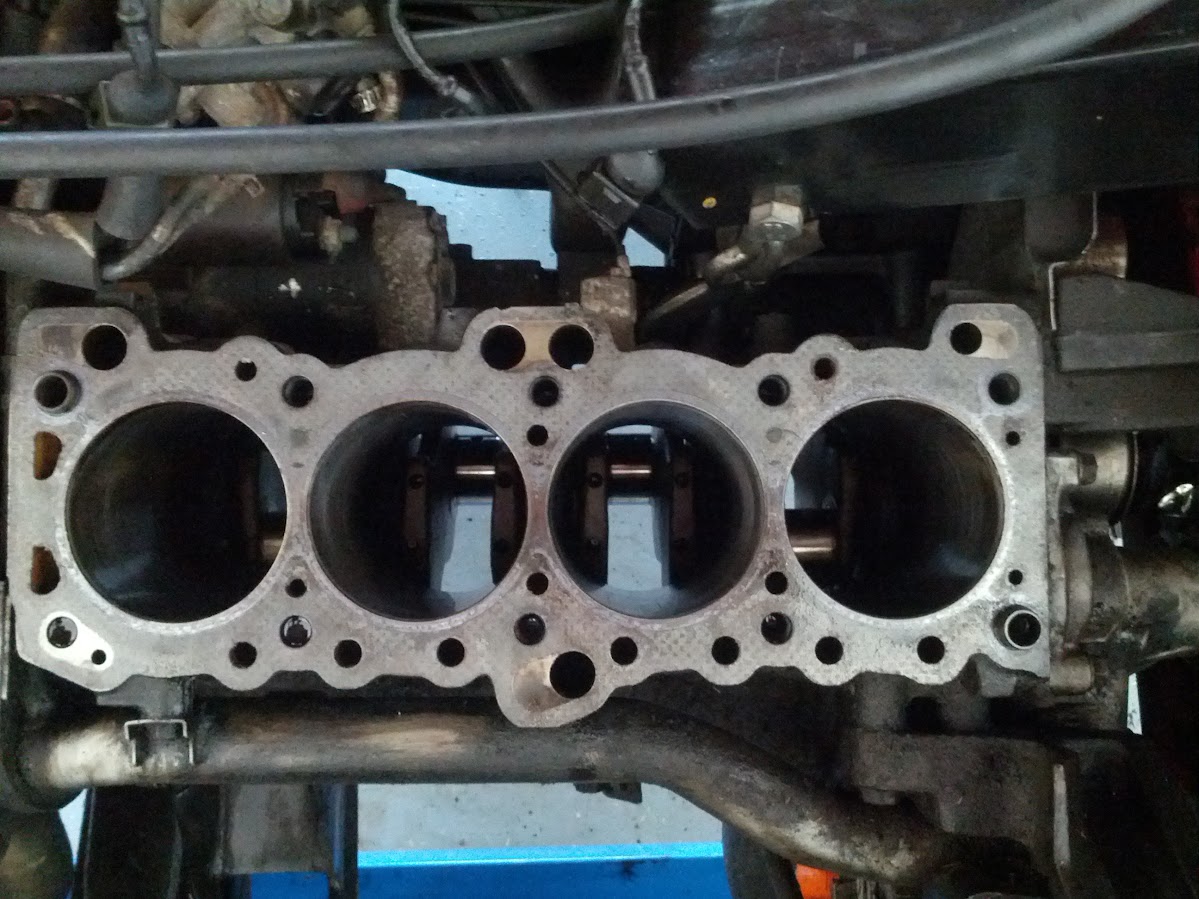 Exposing the cylinders to daylight for what I hope will be the last time.


I crawl under the car to see what needs to be removed to access the oil pan.  Looks like the exhaust is about it.  Easy enough.  Except that somebody welded it to the frame.  Damn.  Oh well, I haven't used my angle grinder in a while anyway.  The piping falls to the garage floor after a few minutes and with all attachment points intact.  Now that I can get to the oil pan, I loosen all the bolts.  It won't budge, so I keep looking around and find a hidden bolt blocked by the transfer case.  It looks like Mistubishi knew what they were talking about when they recommended pulling the block.  Well, I'm in this far so I keep going..and going..and going...

After a few days, I have removed the exhaust, turbo, extension case, transfer case, left CV shaft and extension, two engine mounts, and borrowed a hoist, anyway.  With a feeling of great accomplishment, I pull the oil pan through a small clearance in the left suspension.  I hope that was the hardest thing to remove from the car.  I'm probably right because the block is basically the only thing left to remove from the car anyway. 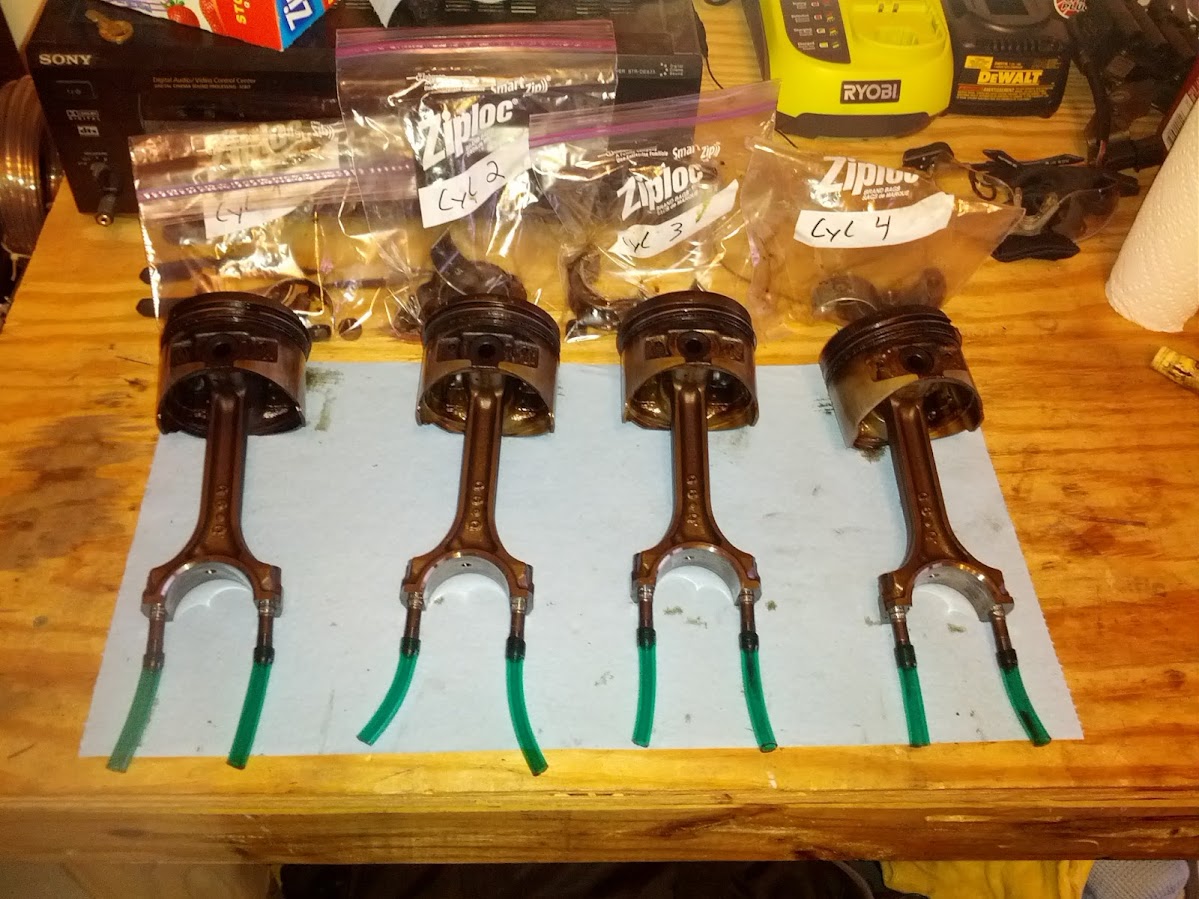 These came out pretty easily once the pan was off.  The green hoses are to protect the threads and bearings from each other.  The rods, bearings and caps come marked from the factory so that you can reassemble them correctly.  I keep them in marked baggies, anyway.  If nothing else, that should keep them from getting lost. 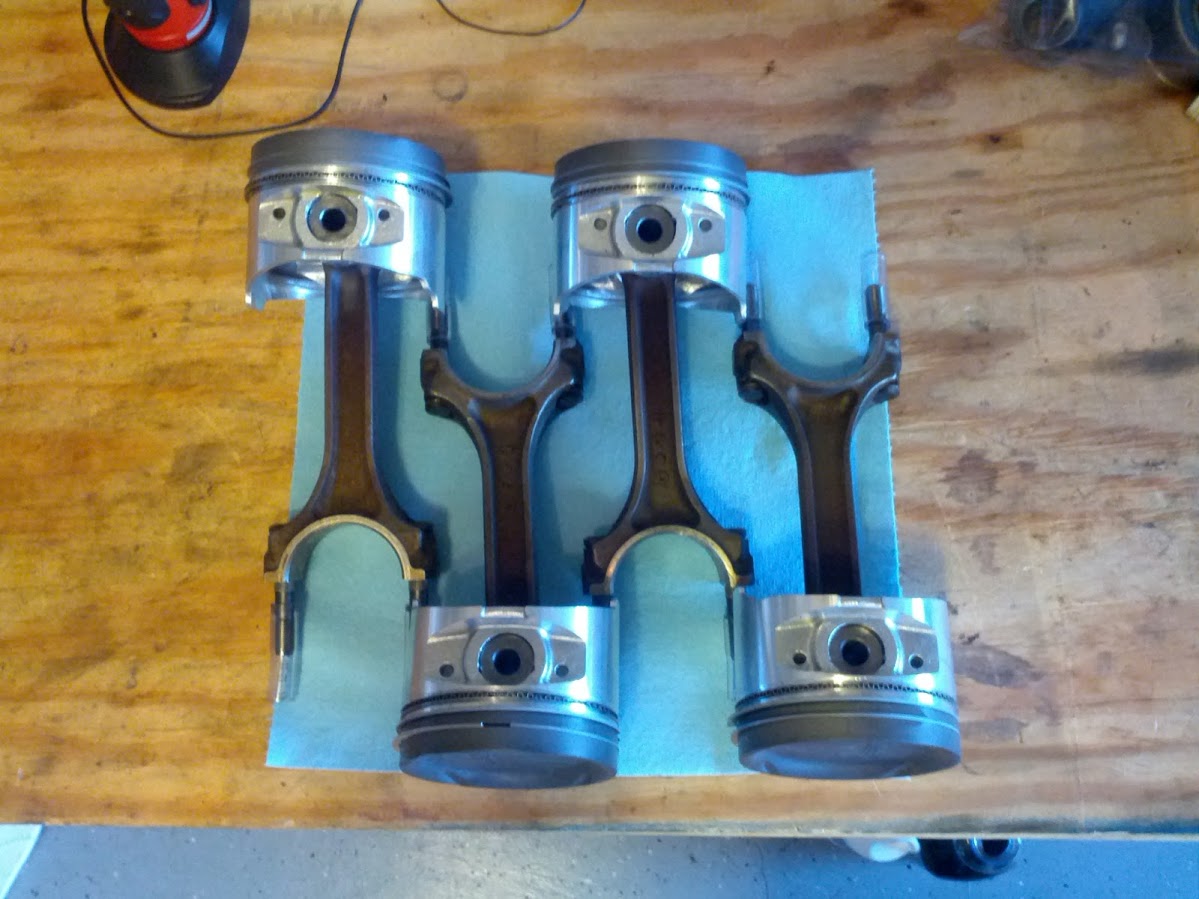 The local machine shop charged $10/piston to remove and install the wrist pins.  This is the first labor I've paid for so far, and it is totally worth $40 to not have to deal with using a press. 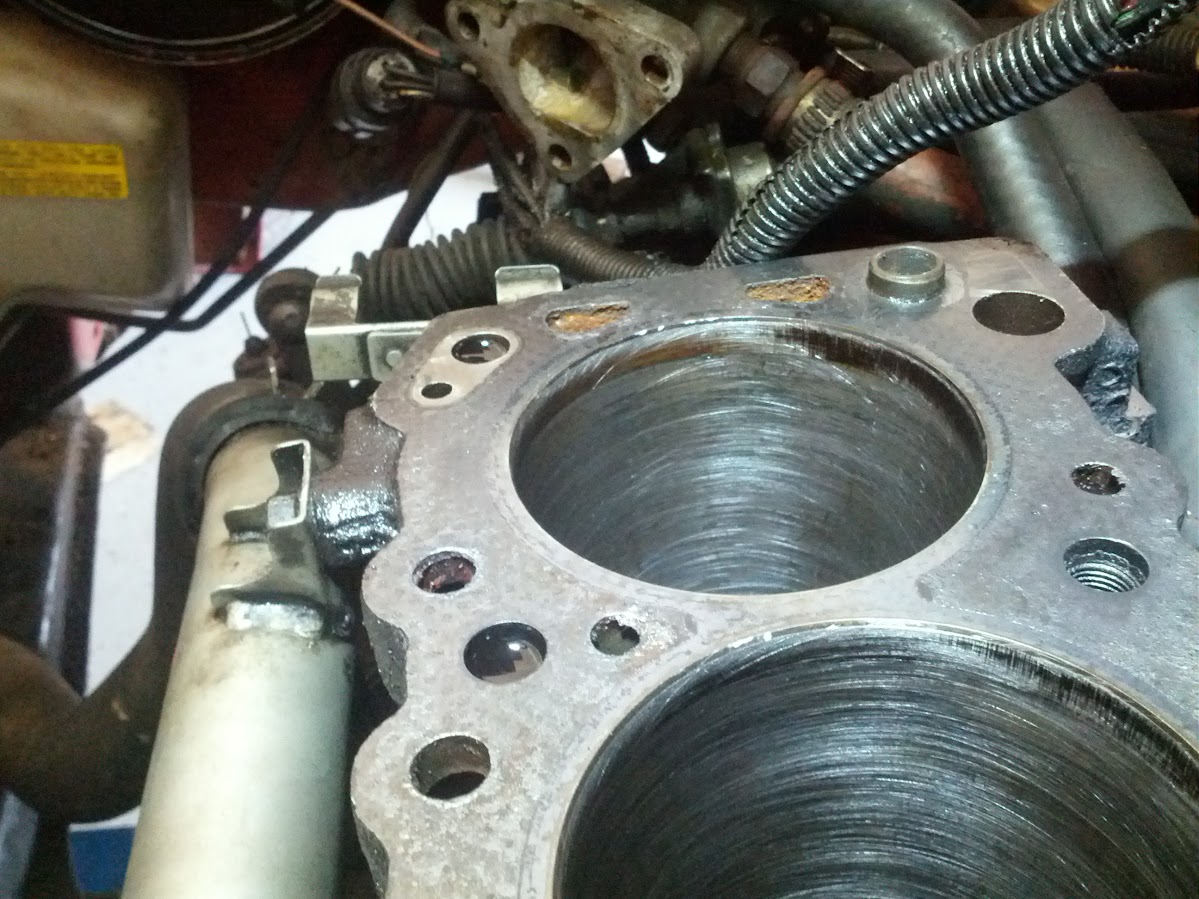 This was my first attempt at honing.  I think I over did it a little bit.  The marks are more horizontal and a little deeper than I would like.  I should have run the drill slower.  This is still better than the glass like finish present when I removed the pistons.  Honing also almost entirely removed the scratch in cylinder 2.  I can still feel it a little bit, but its much better than it was. 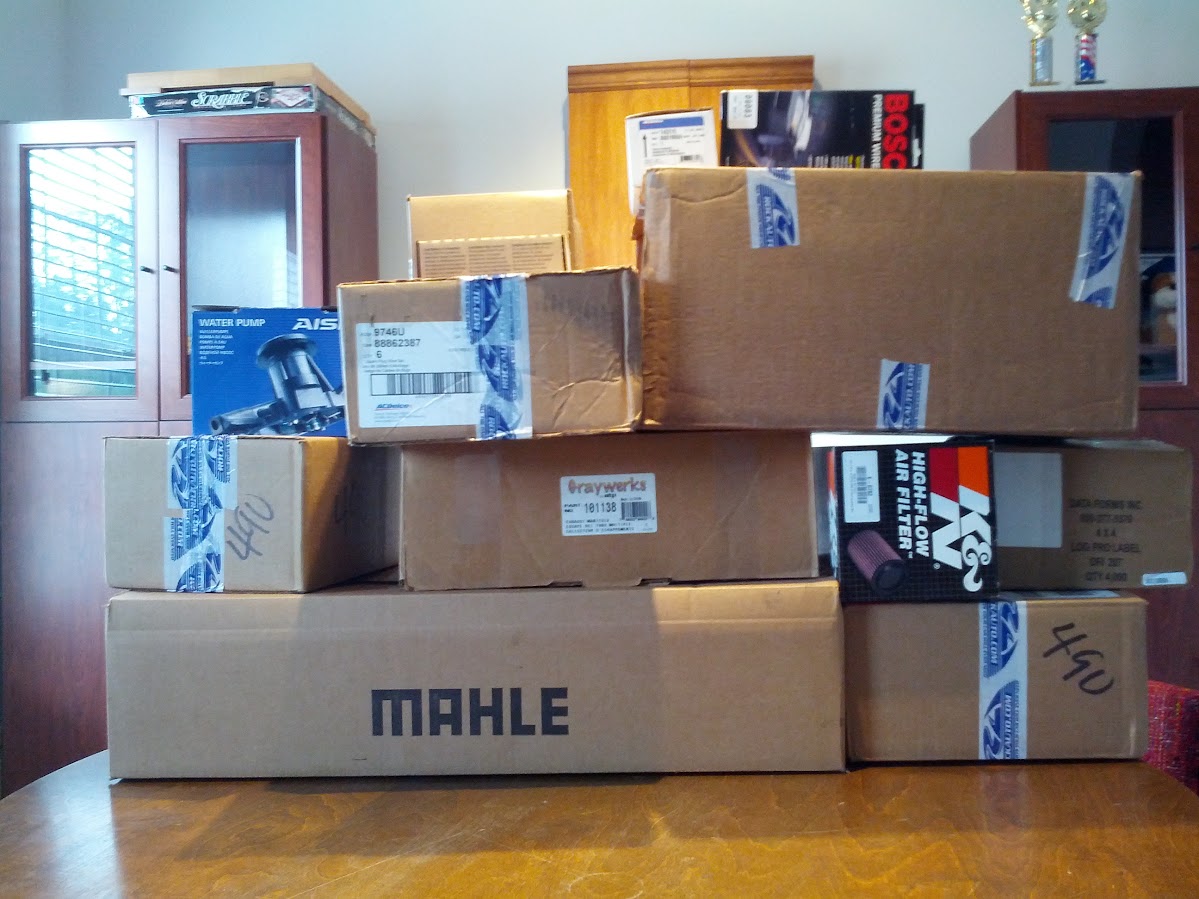 I have a pile of new parts that has accumulated over the last two weeks.  I've had a box on my doorstep when I came home from work everyday for a week now.  Its been pretty fun having a present to open every day.  Also, if anyone at FedEX is reading this: You're Welcome!

Now I'm going to do some cleaning while I wait for the head to come back from the machine shop before I start reassembly.