Christian here, with a new project.  After a couple of years of planning, plotting and some bench racing, the Middle Georgia region of the SCCA has announced that they will be hosting some rally cross events in Milledgeville!  I haven’t raced on dirt since my Baja SAE days and I've been waiting for a chance to get back into it.  Only one problem: I do not have a vehicle suited to dirt driving.  I’d prefer not to cover the Z06 in mud and dust and the repair costs would be burdensome. The F-150 would handle the dirt and mud, but is too prone to a roll-over for racing.  So it was off to craigslist to find an appropriate ride. 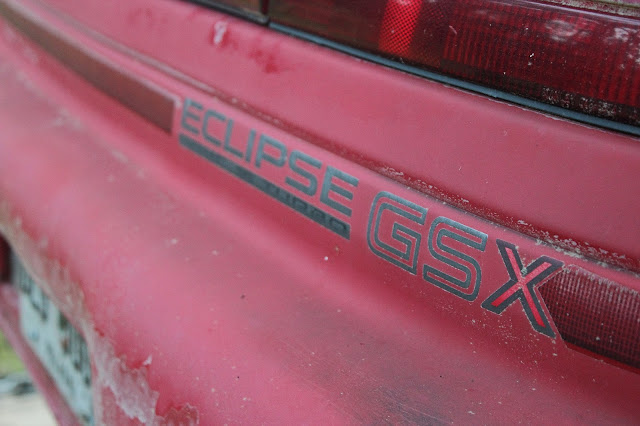 I wanted something super cheap (< $1k) that I could also turn into a time trials car in the future.  The car did not have to be running, but if it was not, had to be reasonably repairable.  I was not looking for an engine swap, but a head swap or something on par would be OK. 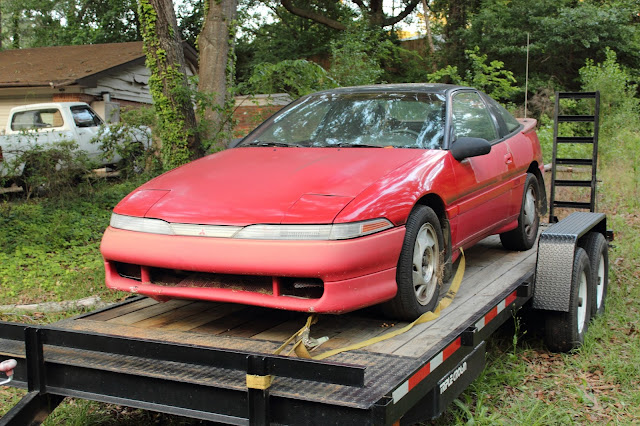 I considered an Escort and a Celica that each needed some work, but neither had enough personality to motivate me for a proper build.  Then I found a winner: $900. Turbo.  All wheel drive.  Oh yes, that sounds like a rally car.  The 1990 Mitsubishi Eclipse GSX is stock (I didn’t know there were any left!) and does not run. 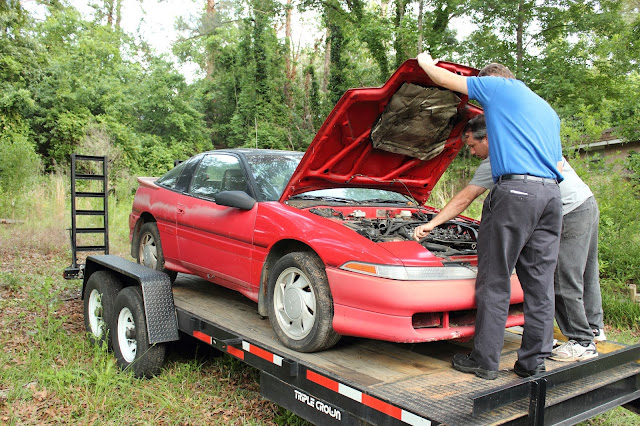 The current owner had performed a compression check and found that each cylinder measured 30 psi, about 90 below the minimum value.  Sounds like a timing issue.  This is something I’m willing to fix. 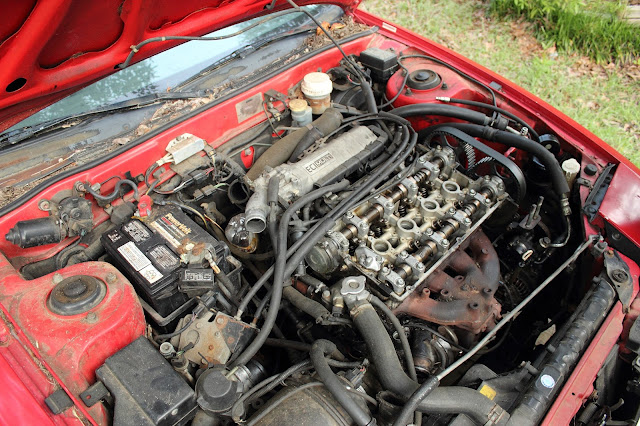 The owner from which it was repo'd was kind enough to take apart half of the engine bay first.  At least the timing is easy to check now... 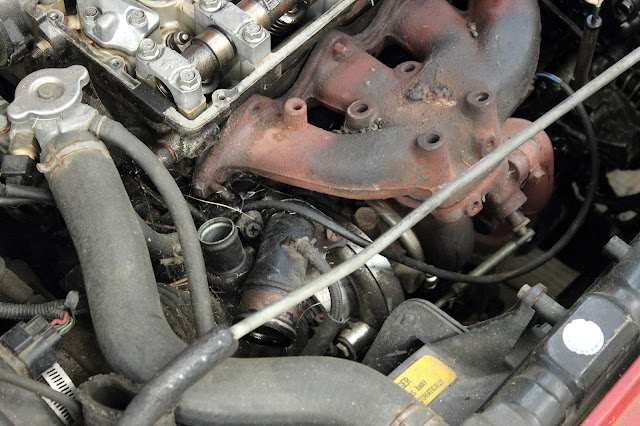 There is a fine patina about the entire engine bay. 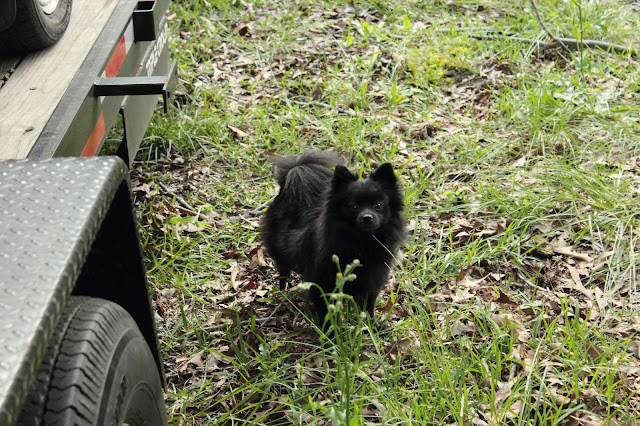 This little guy checked out the underside of the car.  He informed us that it is equipped with viscous coupling limited slip differentials.  He then barked, spun in a circle and peed on a tree. 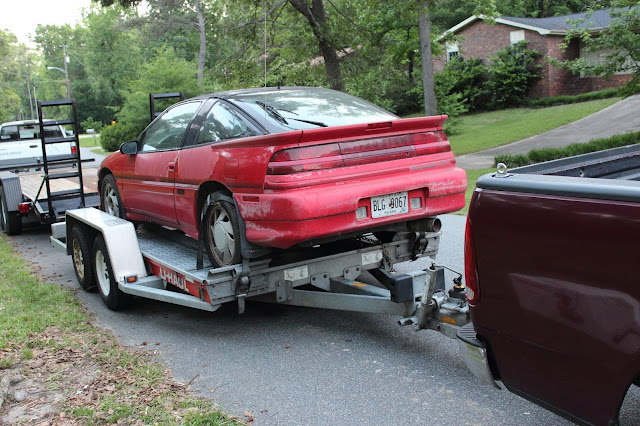 A call to U Haul set me up with a trailer and the F150 earned its keep bringing the new project home. 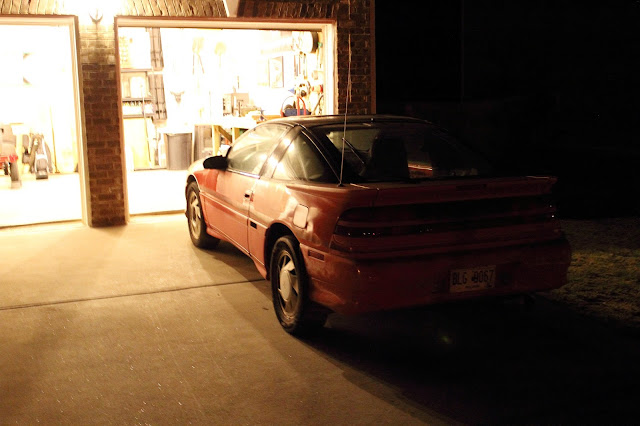