A lot has happened since my last post, a long 10 days ago.  Removing the head was my first goal, since that would allow me to inspect valves and pistons and get an idea of what sort of work I needed to prepare for. 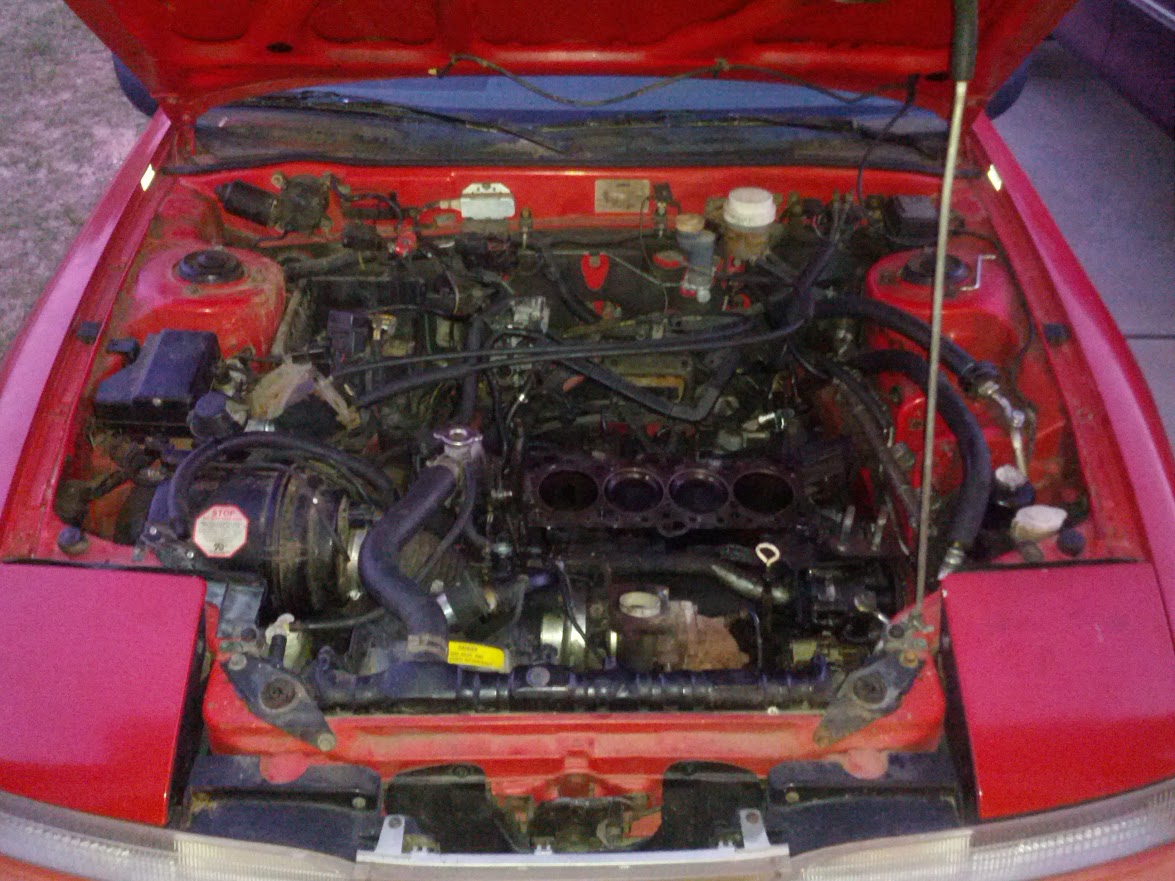 Stare into the void long enough...

The early 90's brought a lot of new features to everyday cars, but before electronic controls were fully integrated .  It looks like Mitsubishi used mechanical wires instead - vacuum lines.  They're everywhere under the hood.  I think I disconnected at least 15 from the intake manifold.  I'm actually surprised there wasn't a marketing deal with Hoover on this thing.  All things considered, I'd rather disconnect vacuum lines than unbolt brackets and mounts, though.  The head was off in relatively short order 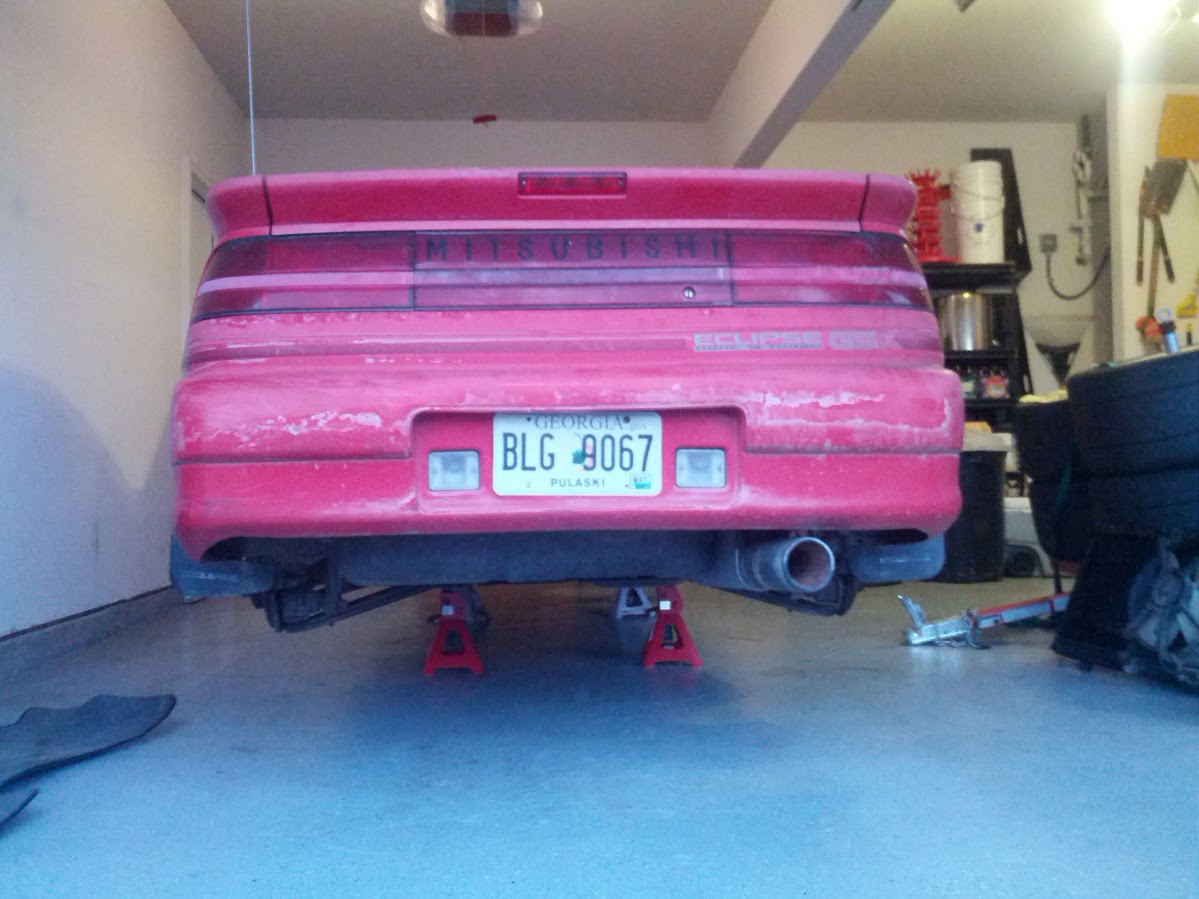 The Z06 has been displaced by an Eclipse.  This will not be taken lightly.

With the head and intake manifold removed, I was able to take a look at the valves and pistons.  The pistons show signs of 'kissing' the valves, which makes sense based on the timing issues.  A quick look at the underside of the head does not show any obvious damage to the valves, though.  Hopeful, I shine a flashlight into the #1 intake port, and I see lights and shadows dancing around the combustion chamber.  That's all the confirmation I need - valves are damaged for sure.  Same thing on cylinder # 3.  Cylinders 2 and 4 don't show any light, but I'm going to replace all the valves regardless.  No reason to leave old ones in there at this point. 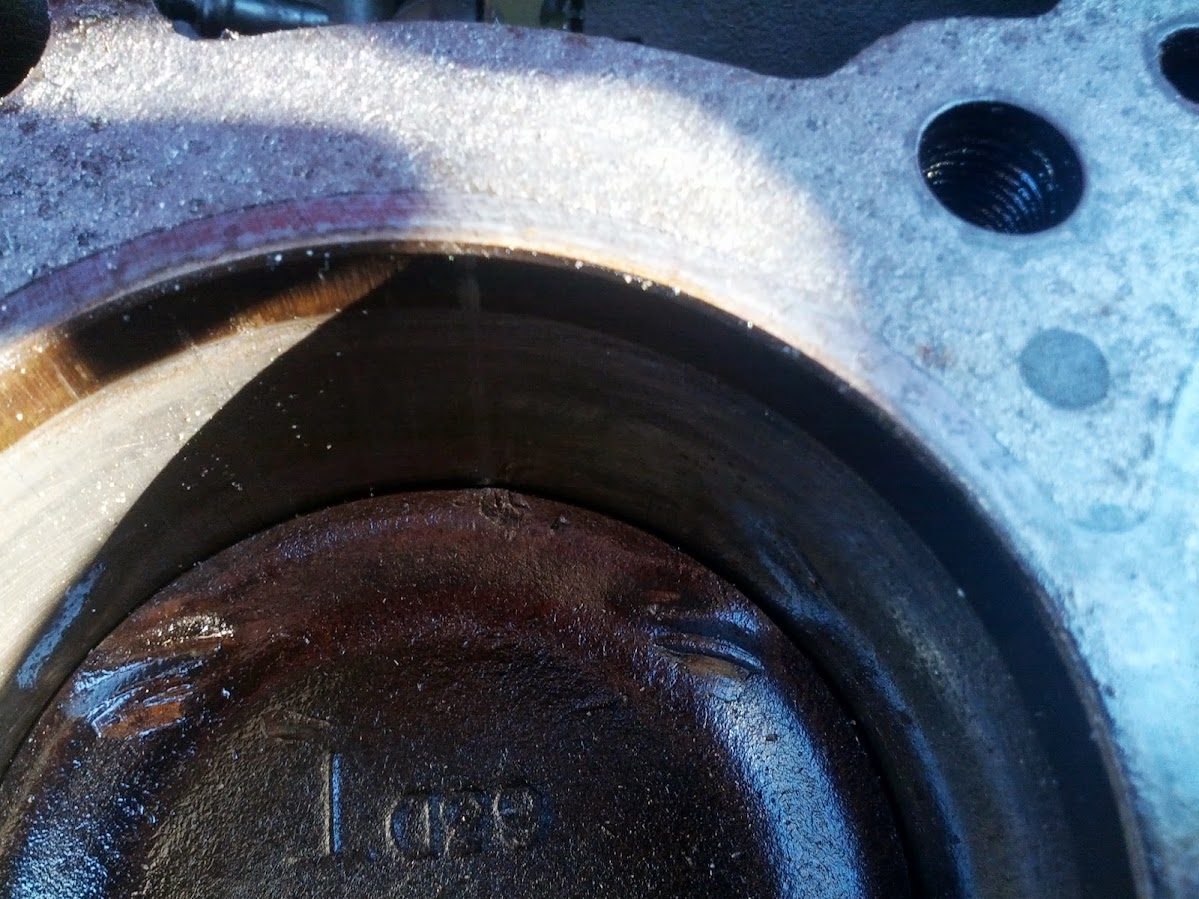 There' s no evidence of what caused the damage.

Worried about possible damage caused to the pistons, I take a closer look at the cylinder walls and piston faces.  Then I find trouble.  Piston #2 has damage right at the edge of the face.  There's a corresponding mark on the cylinder wall.  The piston will have to be replaced for sure and the cylinder could require a bore to fix.  Thankfully the mark on the cylinder wall appears to be cosmetic; I can't feel any mark with my fingernail.  I'll hone it to be safe and replace all the pistons while I'm at it.  So much for this being a timing belt job.

Now that I know what needs replacing, I have started ordering parts, which got me thinking.  We all hear stories about build cost.  They tend to run to one extreme or the other, though.  Either "This build cost $40,000 and took 3 years." or "I bought a $500 car and put $100 into it and now its a race car!"  In an effort to clear the waters, I'm going to track every dollar I spend to get this car running in shape for the rally cross.  Its all totaled in the spreadsheet below.  This will be a living document until the build is done, but you can already see where most of the money goes.  With any luck, the tires are the last big ticket item to purchase.

8 weeks until the first Rally Cross.  I know what's wrong now and how to fix it.  Time to get to work.