So I'm going to go ahead and give you the tl:dr right here. Import Alliance was HUGE this year, it was much more organized at AMS than it ever was in the Atlanta locations. Besides one small wreck everything went pretty smoothly for a car show with around 1000 cars. So you get the  idea, now I want to talk about something else, something else I noticed when looking through all the pictures I took. That something else is called character. A lot of sites describe how unusable a car is on the street, that gives it character, how much of it is zip-tied together, that gives it character, or how many times the oil pan has been busted, which is stupid, but character none the less.

Today I wanted to talk about real character, that little thing you can't really put a finger on until you see it. That special charm that certain cars have even if they're not the baller-ist cars on the road. What better way to do that than with the pictures I took of the massive IA meet. That explains why I picked such a strange photo for the cover and why you're about to click read more.

Phil B here. I know the vast majority of our readers don't have a diesel powered vehicle, and those that do probably don't need Diesel Exhaust Fluid (DEF for short).  You're probably thinking that this is a joke thing that you send the new guy to fetch from the warehouse, like muffler bearings or blinker fluid.  Its a real thing though so I thought it might be interesting for the nerds among us to delve into the science of it. 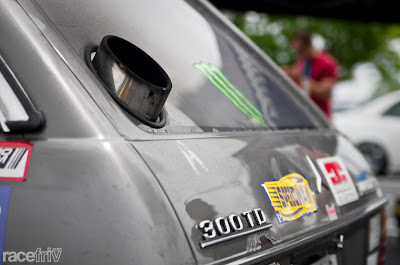