The State of the Scene: Builders and Naysayers

So Its been awhile since I made a post on the blog due to working on the LSVert and some other awesome personal stuff that's going on this month. I was going to wait to make a post after the KMS drift event but I've been looking around the Internets the past few weeks and noticed a few trends. Every so often I like to talk about my feelings on the car scene even though I'm sure no one cares. It's nice to take the time to write things out, instead of making a comment only to be buried in a sea of trolls and fanboys on some huge website. So If you care/dare to read more, you can check out what racefriv has been thinking about lately.... besides your mother of course... 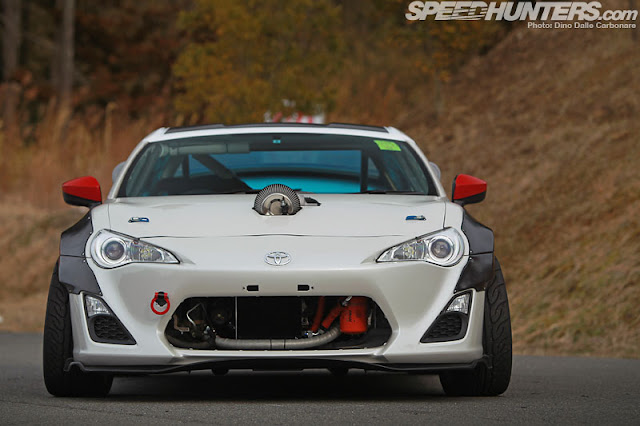 The first thing I've noticed is the appalling comments about certain builds, especially cars like the NASCAR V8 powered FR-S you see above/below. I'm sure you already know where I'm going with this. V8's...sorta... But its not people who don't like V8's that bother me. I understand that seeing a ton of V8's in a field of drift cars can get people down. Drifting is all about options, many different ideas thrown into one race series, and if every car is running the exact same engine it tends to water down the series.  But to say a car sucks because it has a V8 in a series (FD Asia) that doesn't have many V8's? 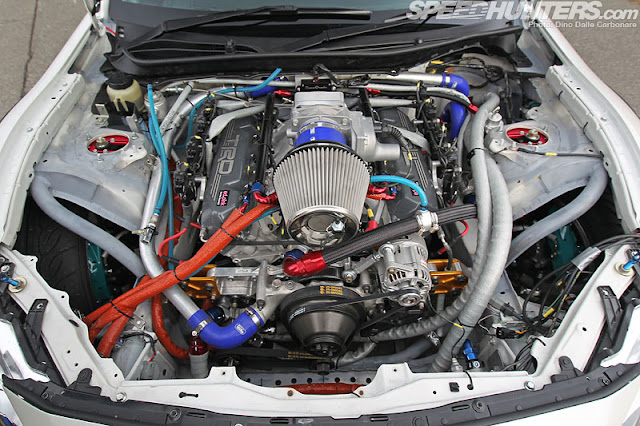 Look at that build quality, the engineering and time that goes into something like this is staggering and people dismiss it because...its got a 750ish hp engine?? WTF happened to you guys? I thought you were car guys? Have you ever felt 750hp? Do you even lift bro? Maybe its because I've become sort of a builder myself over the years but cant we all appreciate engine swaps whether it be a V8, a 2J, a flat4, or rotary...? I have a least some idea how long it takes to build something like this and can appreciate the amount of time and money a project like this requires. Which leads me to my main point, the internet has watered down our perspective on how projects this big actually work. Some people think (since they only live on the internet) that building a car like this is easy - they see them everywhere. If you pull for a certain car or motor because that's what you have experience with that's great. If however you completely dismiss a car of this quality because it doesn't have what you like then, I'm here to say, you're part of the problem.  The remedy is quite simple, go out, build, break, repeat, you and the entire planet will be better for it.

Off to the next trend now... The FRS and all that it has coming with it. 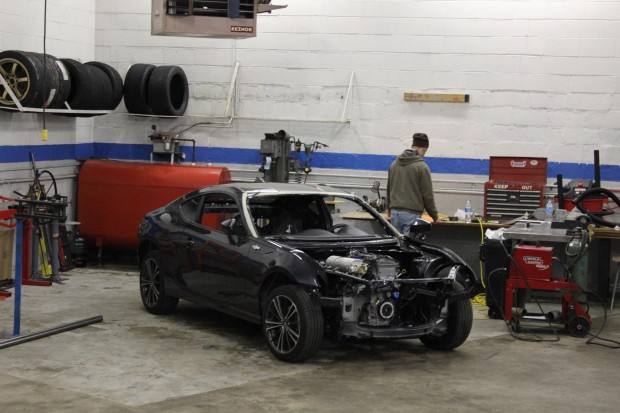 The FRS has taken the world by storm and has given hope to all cars guys alike. We should be celebrating on the roof tops that finally...a HUGE car company...has listened to what we have been screaming for years and built something fun, cheap, and most importantly RWD. Yet, much to my disappointment  people are claiming there are too many FRS's going out to FD and such and they're tired of seeing it. This is a problem, and not an easily solved one.   It is not Toyota/Subaru's fault for making a car that we all want, its not Tony Angelos (above), Frederic Assbo's, Ryan Turek's, Dai's, etc... fault. I blame Nissan, Honda, GM etc.... The problem is that the FRS/BRZ is the only exciting new car out in this segment. Sure the Mustang and Camaro are a pretty bad ass pair of american muscle but they are huge, heavy, and expensive to purchase for normal car people. I love those two cars, but people these days want an fun economical car which Ford and Chevy only supply in FWD formats. 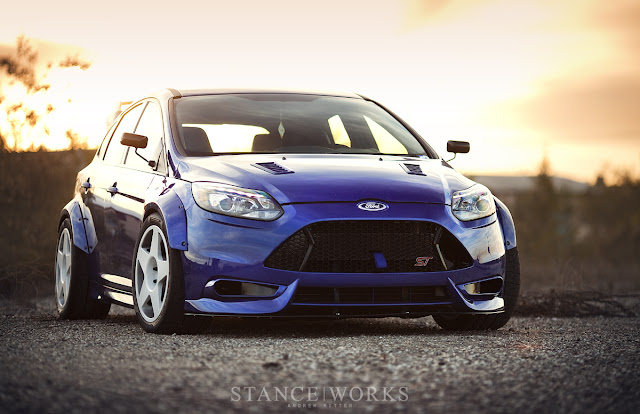 I think the automotive world, the manufacturers, and the aftermarket companies have finally sorted out what FWD needs to be. FWD will never live up to a RWD or an AWD platform but it does have a place in many car guys hearts across the world. FWD can be fun, and it seems that Ford has at least put some effort in to their new Focus. It's a ton better than the past US models and looks half way good, so does the Hyundai Veloster, and the Dart is OK looking too. I think the only car company that is missing the FWD win factor is the one that really started the whole thing Honda. The CRZ looks cool don't get me wrong, but come on Honda, you were so good at making fun FWD cars what the hell happened?

So on to my next point, which is sorta related to the topic before....S13's and the insane amount of engineering going into them.... 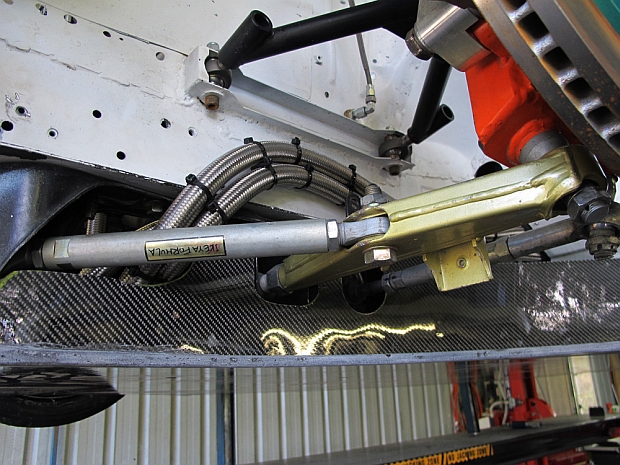 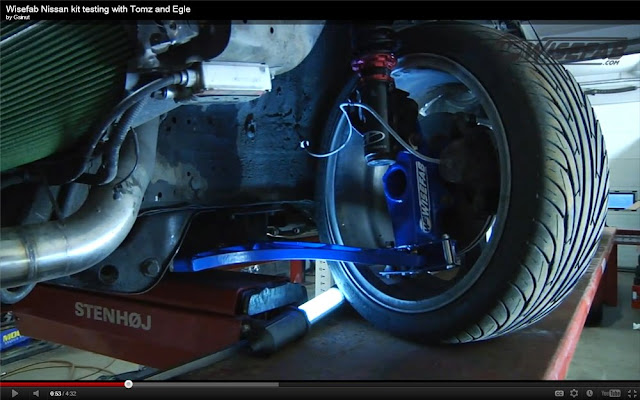 It's hard to find a car that has been used in as many different Motorsports over the past 20 years as the S13. People complain about the "drift tax" these cars come with, but it's there for a reason. The chassis is second to none when it comes to aftermarket support. Just look at the pics above and think about the time and money put into these designs, it's amazing. No wonder people still use these for Land Speed records,  Time attack, and of course for drifting. Which brings to me my next point: Watch Nissan in the next year or so... I can't be the only one noticing that people are literally dragging these cars out of the scrap yards to turn them into full  blown race cars. However if they miss that, I'm sure they are noticing the success of the GT86/FRS/BRZ thing. Nissan is going to want a piece of  this action and considering they made a pledge to release a new model every six months, its not going to be long before they bring out a FRS fighter, with more than likely a small 4 cyl turbo of some sort. 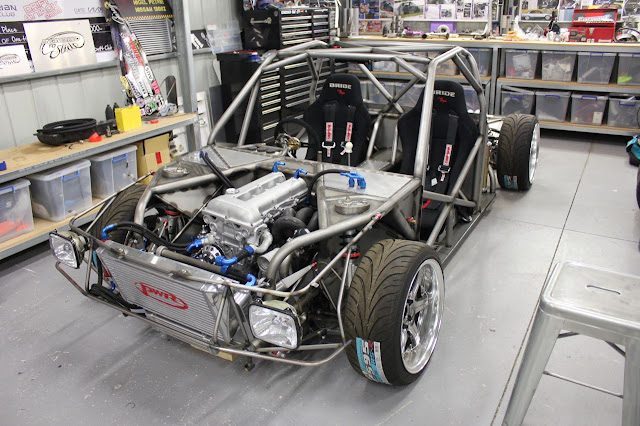 Its nice to see the drifting community growing up and creating some brilliant designs. It was only matter of time before people started to fab their own parts. Regular car guys realized with the right tools and skills they could do what the big companies can do, and this idea has exploded within the drifting community. Maybe it's because I fab stuff myself that I'm always looking around for new ideas and designs but it seems that fabrication in your own garage is the norm for drifting and I'm super proud of that. It's not all about wheels and and body kits these days, its about insane engine swaps, making your own knuckles, and in the case of Nigel from engineeredtoslide.com building a custom made tubular chassis from scratch. I feel as if there is a real divide in car culture these days... Its not Domestic Vs Import, or Form Vs. Function,.. Its Builders and Naysayers....Ask yourself,  which one are you?

Thanks for reading...Till next time