The NOPI Nationals... It's an event we've all either been to or heard a lot of wether it be good or bad. NOPI, as everyone knows it, started its shows in 1988. Unfortunately the show peaked in 2008 when the economy went down. Now in 2012 NOPI is hoping to make its big come back. This past weekend Joel and Jose Lopez were able to attended the two day event in Commerce GA. To say the event was great would be a huge understatement. 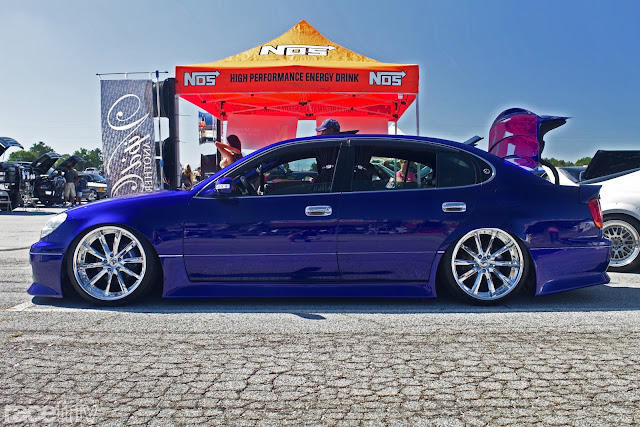 Joel brought his camera along to grab a couple shots of some of the cars that caught our eyes. Although we were only able to get Sunday morning coverage of the event, the cars definitely didn't disappoint. This slammed Lexus GS300 showed up really early in the morning and drew so much attention, it had a photo shoot with it's own model that evening.

Editors note: For those wondering, Joel and Jose are two new guest contributors for the racefriv blog! They are the owners of these beautiful cars here  and we want to thank them for joining us. Welcome to the blog hope you have a lot of time on your hands!


Click Read more for some pics of the event!!! 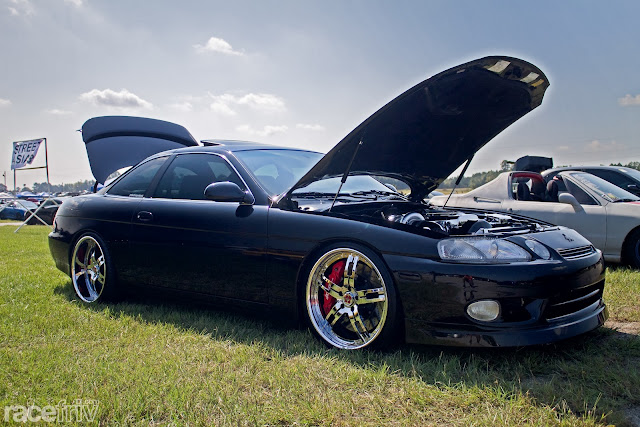 There were many cars entered into the car show contest and each car had its own class parking. From Super Cars, Street Asians, to Under Construction, each class had its own lot. We got to park right next to this beautiful beast. The owner of this Toyota Soarer came up from Miami and was one of the nicest guys to talk to. 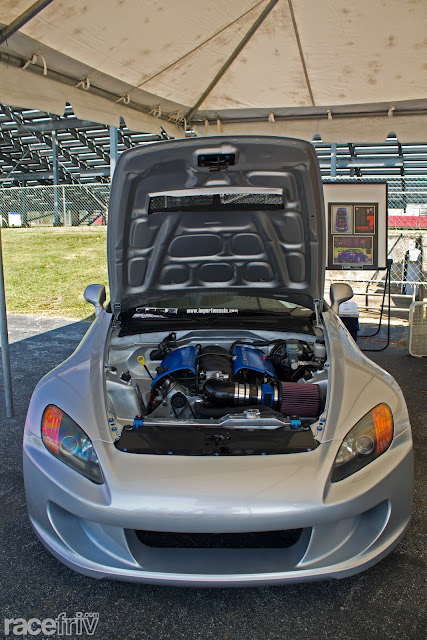 The guys from Import Muscle brought their three V8 s2000's to show off their line of work and these cars drew a lot of attention both days with many people being surprised the gas mileage was very close to the stock motor. 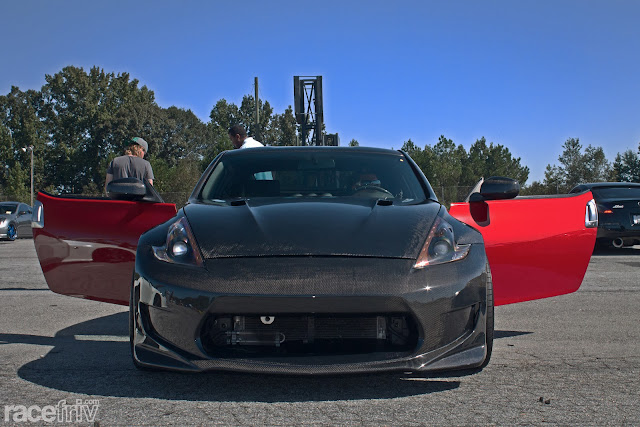 The largest group in attendance was Zatlanta with 46 cars registered in their club winning their own trophy and $500. At a glance, this Nissan 370Z appears to be a two tone black with red doors .....but look a little closer... every piece on this Z but the doors and rear quarter panels are Carbon Fiber. 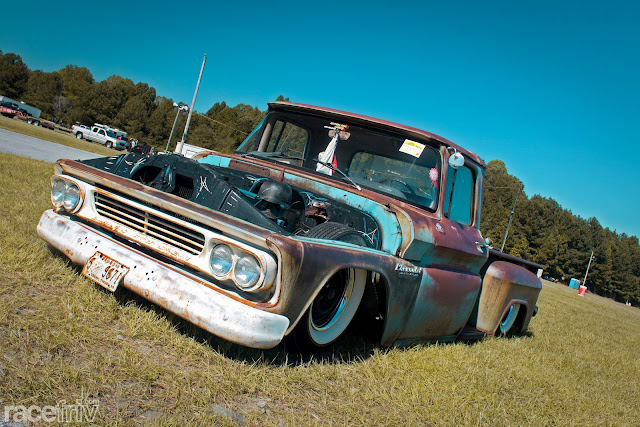 Walking around the area you would see many different variety if vehicles. When we saw this 1958 Chevrolet truck pull in we immediately thought of the famous Cars "Tow Mater" using his mirrors to back into his spot. 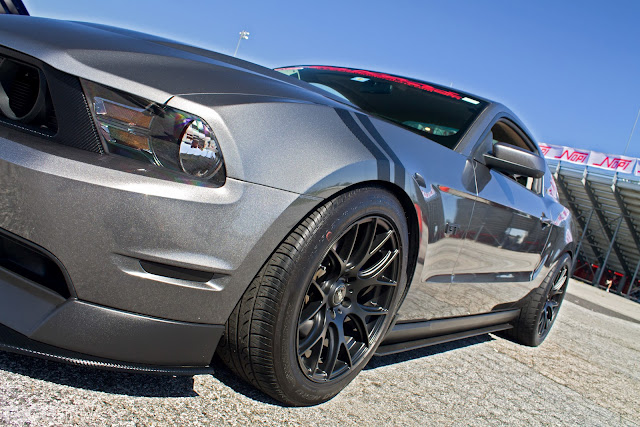 From Imports to Domestic every car present had a great story behind every little detail of the vehicles. Of course the Mustang groupies never miss out on big car shows but with just a quick peek of this 5.0 and you knew it meant serious business with its Carbon Fiber front, side, and rear splitters. 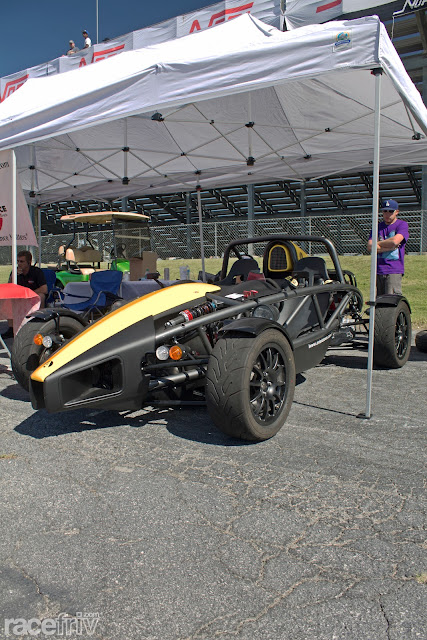 There were many vendors present both days of the event selling some really nice stuff. When we walked by this booth we were so focused on getting pictures of this beautiful Ariel, we didn't even notice what they were selling. 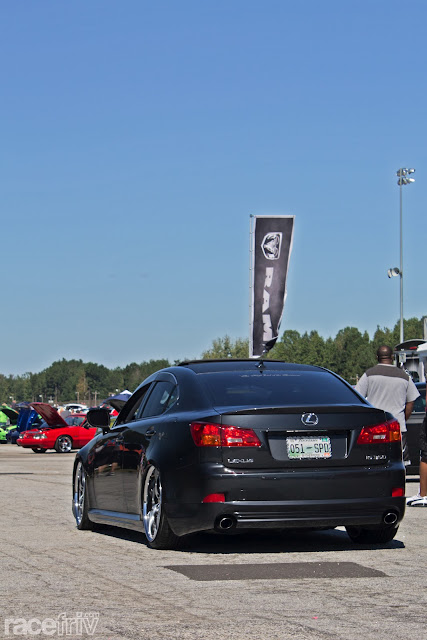 Many owners spent both days driving their cars showing off their rides while others went to Drag race, or stand around listening and watching DJ Candy and Gumby sing and dance. 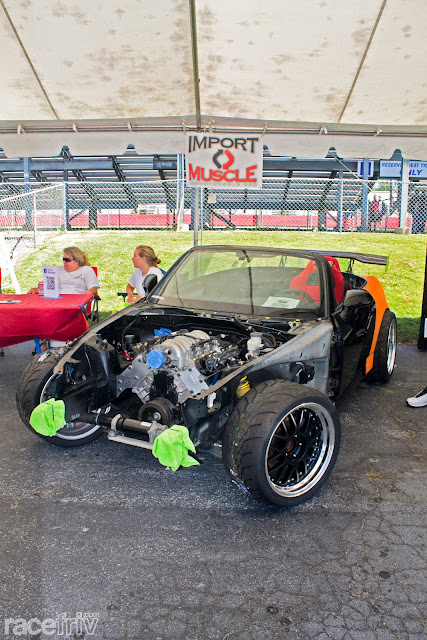 Another of Import Muscle's sexy V8 s2000. This one was actually being built strictly for auto cross only. 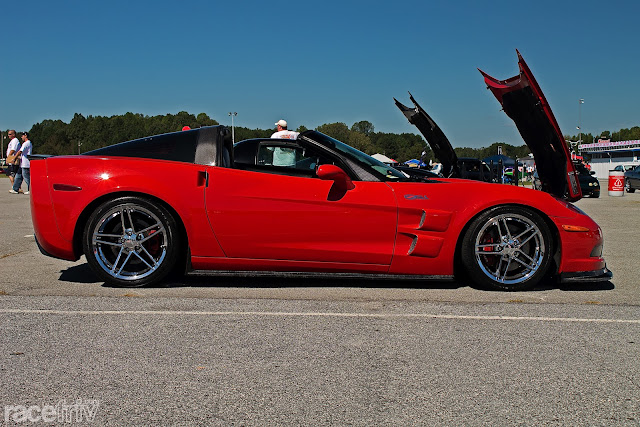 Many cars in the event were not only in the car show competition, but were also running in the drag race event. Sadly this clean vette (with a ZLS? badge on it) stayed on the side lines to watch the others play. 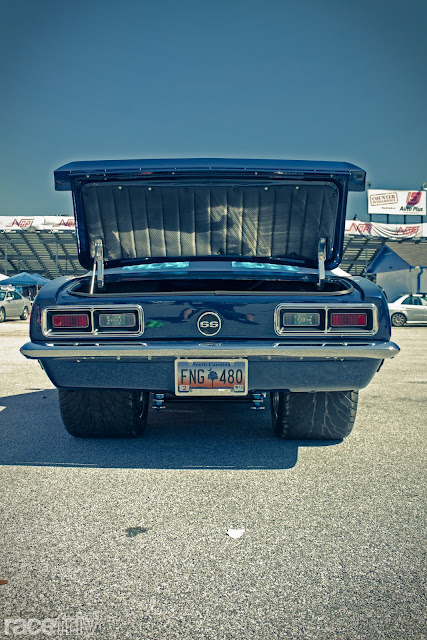 Along with the Corvette, this beautiful classic didn't move an inch. These classic muscle cars just don't look right without the wide wheels and tires wouldn't you agree?? 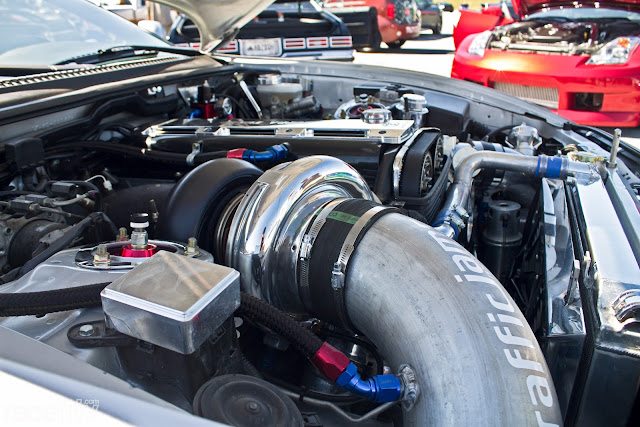 While many cars had hoods popped open, this one drew a good crowd, and if you left the event early then you missed out on this awesome sounding 2jz Supra. 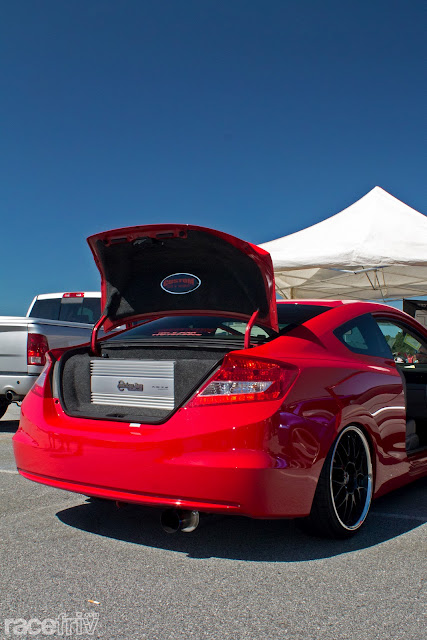 Nopi is very popular for having all kinds of competitions, and believe me when the sound system competition started EVERYONE knew. Our good friend Alex ended up winning 2nd place with his clean Honda Civic sponsored by Custom Tint and Sound, coming in 1 decibel short from 1st. 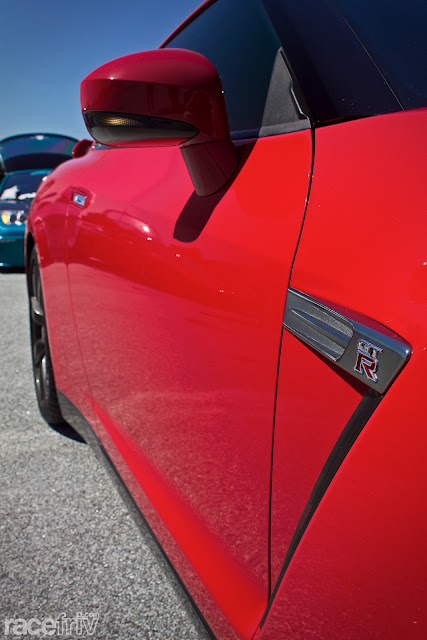 You can't have a car show without Godzilla!!! One of many nice R35's. 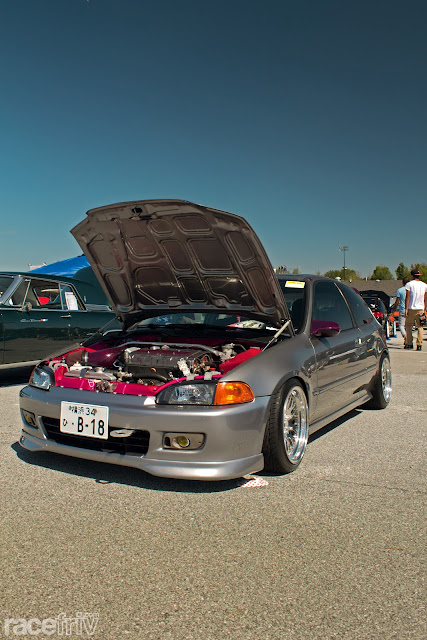 From USDM to JDM. One of the nicest right hand drive cars there, this Honda EG with its CCW, B-18, and whale penis. 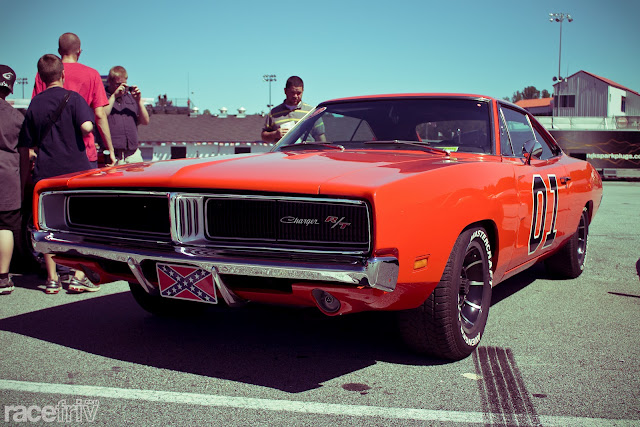 "Just two good ol boys,
Never meanin no harm,
Beats all you ever saw,
Been in trouble with the law
Since the day they was born" 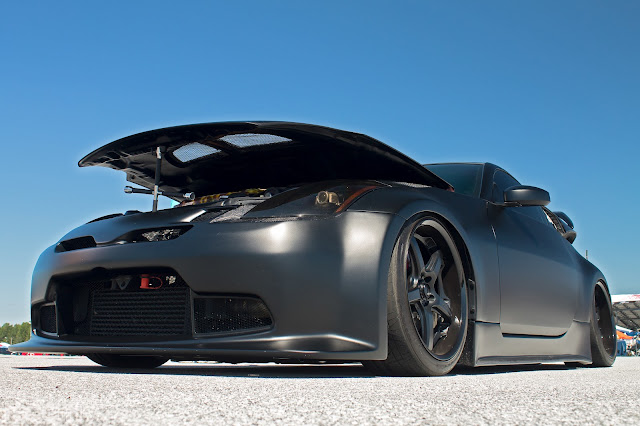 Saving the best for last. Probably the car of the show, this murdered out Nissan 350z wasn't only supercharged, but was also sitting on air bags.

First impressions are the most important, and for this being our first NOPI event I think they really set it off better than anyone expected. In their search for a big come back, I believe they've certainly taken the right step to one day being bigger and better than they were before. We definitely plan on being present for the next NOPI Nationals.

Until next time Joel and Jose here signing off.. Stay frivolous my friends.