Wekfest, the ultimate car show on the west coast. I can confidently say that there is no show like it on the east coast. The venue, the cars, the models, and the people are what makes this show. I’ve always seen west coast cars in magazines and videos but never realized it was to this magnitude. When my buddy Jay aka PGKjay invited me to fly to Cali to attend the show, it was a no brainer for me. I had already passed up my chance to go out to Vegas for SEMA, so Wekfest was redemption for me. Click read more check out the first part of my amazing trip to the wekfest show. 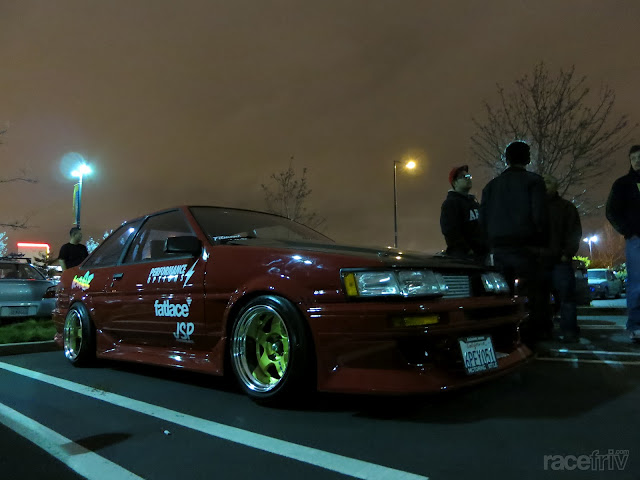 First off for those who dont know me, Im Kevin Lu the guy who drives that Silvia up there, this is my first post for racefriv. Its great to be here. I like long walks on the beach etc.. etc.. Ok back to my wekfest story.

We flew out that Thursday after I got off work and landed in San Francisco at about 7:30 PM Cali time. Considering it was 10:30 Eastern Time, I was starving so we got our rental car, checked into the hotel and headed out to find a place to eat. We settled on a place called Brother’s Korean BBQ. It was recommended by a local and had rave reviews on Yelp. It definitely didn’t disappoint and a meal like this is a must after a 5 hour plane ride. 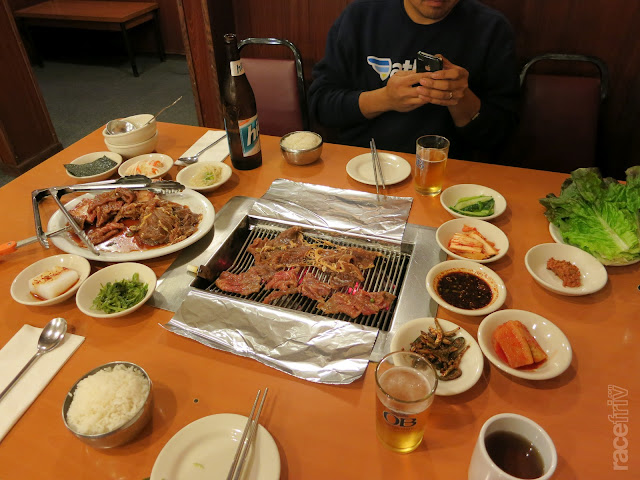 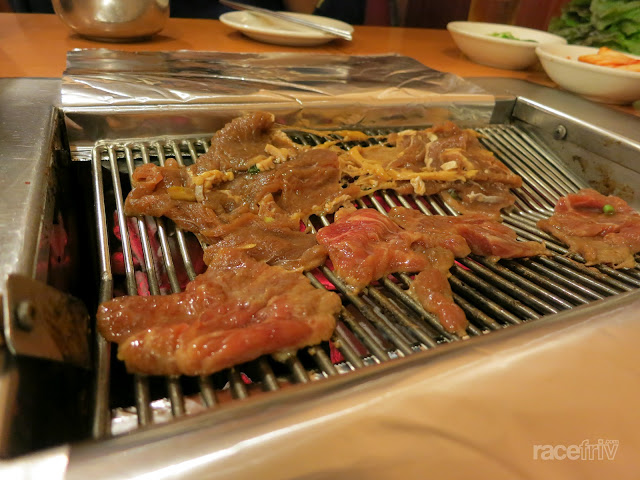 After we ate we headed back to the hotel and passed out until we had to go pick up another PGK member, Widdy, at 1:30 AM in the morning. I didn’t even know that planes flew in that late.

Once we got a couple hours of sleep, before we knew it, it was already time for breakfast. We went downstairs and downed some bacon, eggs, toast, etc and off we went to explore downtown San Francisco/Union Square. 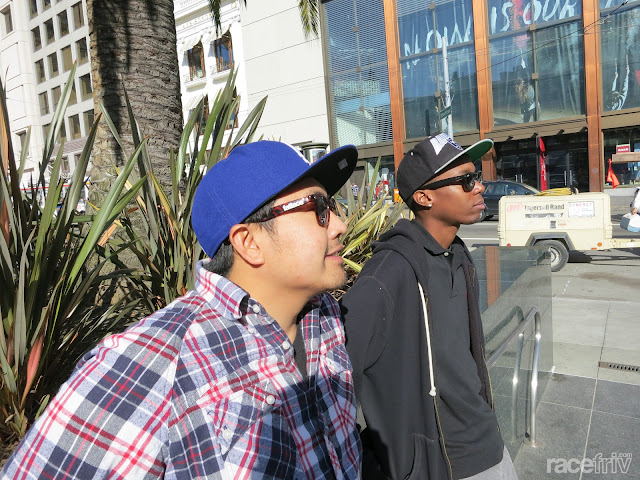 Our first stop was Niketown where we saw a line of at least 10-15 people outside of the store. I was wondering what was going on and turns out the new Jordan 4 white cements were releasing and they were distributing wristbands for the midnight release. We didn’t waste any time and went upstairs to get ourselves a band. It was a midnight release and we thought we could walk right in and pick up our shoes. Boy were we wrong. Here's a picture of what it looked like outside Niketown. A solid 500+ people were waiting to get their J's. 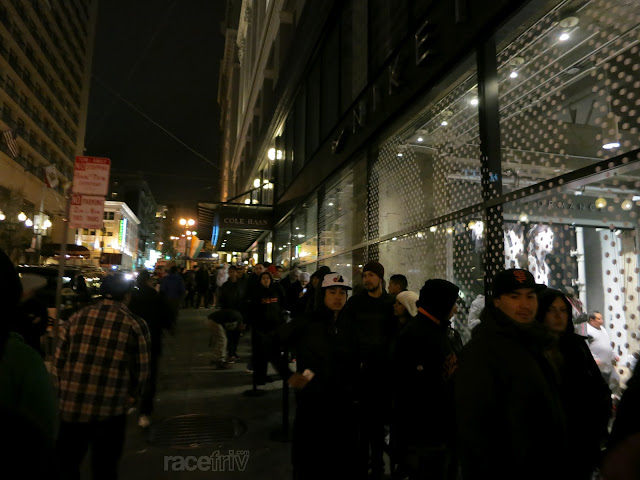 It was about lunchtime so we walked towards Chinatown and on the way we see a couple cops speedtrapping at the end of a tunnel between Chinatown and Union Square. We then hear this black NSX ripping it through the tunnel and unfortunately for him, got caught. The funny part is when he tried to park, he  backed up and hit the cop’s motorcycle. 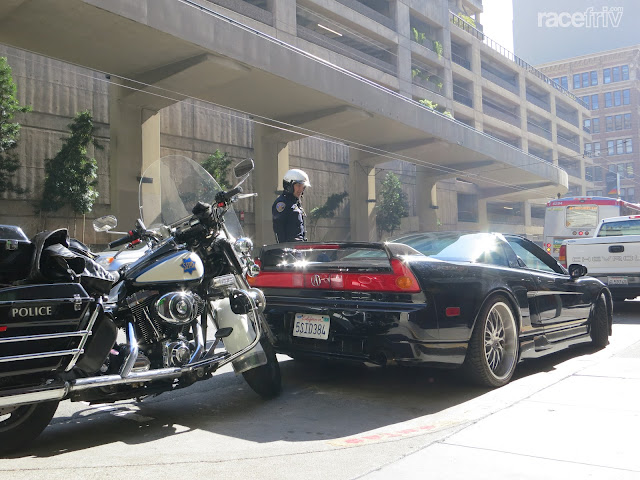 Then ate some amazing dim sum which is a must when in San Francisco. 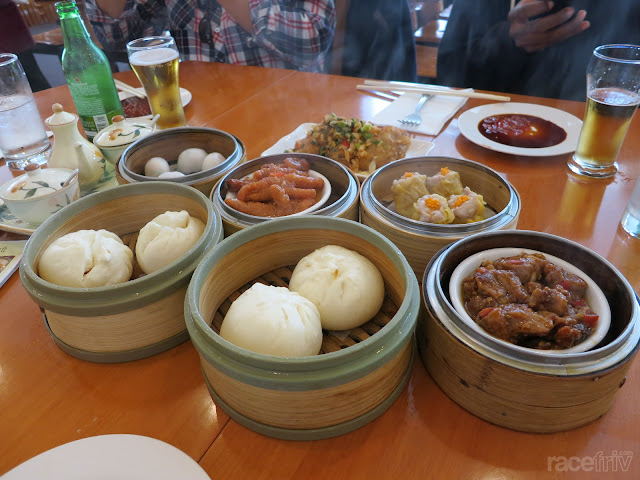 Then we headed out to Fisherman’s Wharf to grub on some seafood. I got some killer clam chowder. 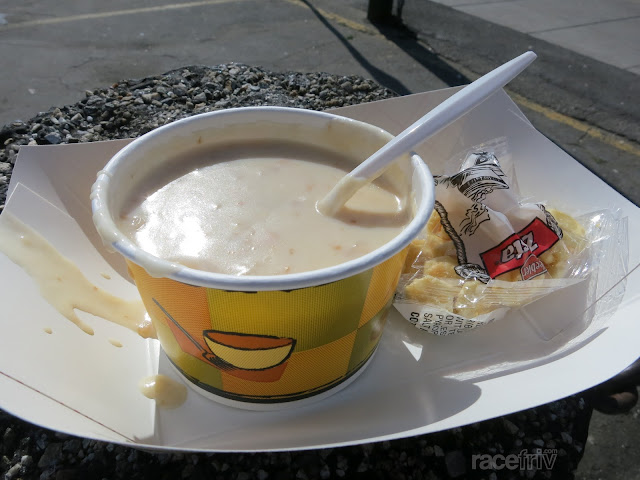 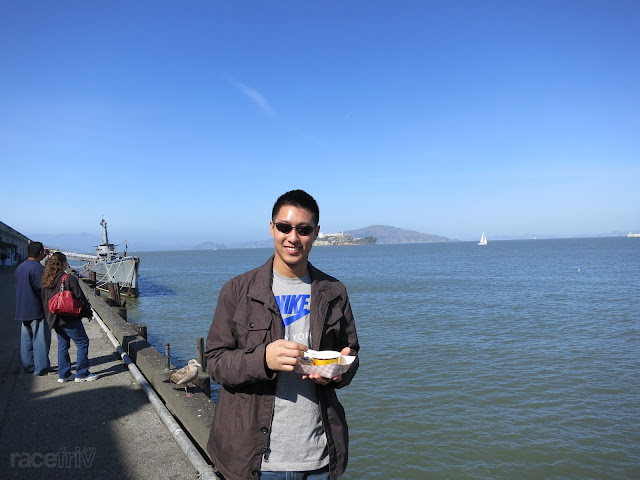 Jay chowin down some oysters. 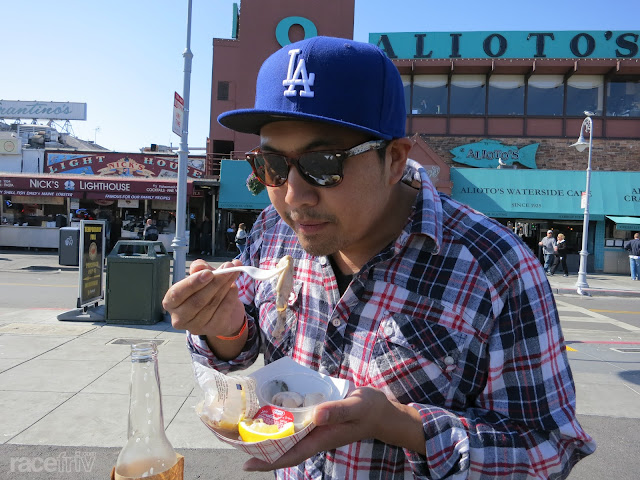