Here we have a special project that's been in hiding for a while.  This is one of the few FWD projects that you'll see coming out of RaceFriv, and we have big plans for this tiny car.  Click past the break for a full intro into Project Tinymobile!

This is somewhat related to Phil's post about You Never Forget Your First car.  Likewise, my first car was a silver 1980 Civic Wagon that I picked up for $500 when I was 16.  It was slow, but it was awesome.  You know the old saying, "Driving a slow car fast is more fun than driving a fast car slow"?  Yeah, these old Hondas are the manifestation of that saying.  63hp and 77lb-ft of torque won't do much, but 55mpg highway will!  In 1980.  With no fuel injection.  Yeah, we remember when Honda used to be badass. 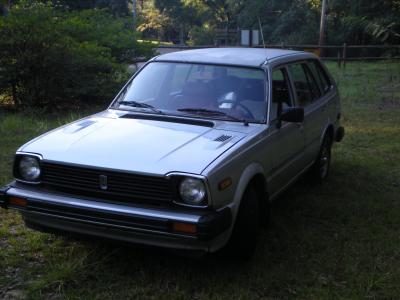 Back to Tinymobile.  Our subject is a 1979 Civic 1200.  Most people remember the first-gen Civic by the more famous model, the CVCC, but there was also the 1200.  The CVCC was the KING of fuel economy back then, regularly getting 40+mpg in the city, without the need to use a catalytic converter OR unleaded fuel to meet emissions standards in California.  It was also heavier and 2" longer in the front than the 1200. 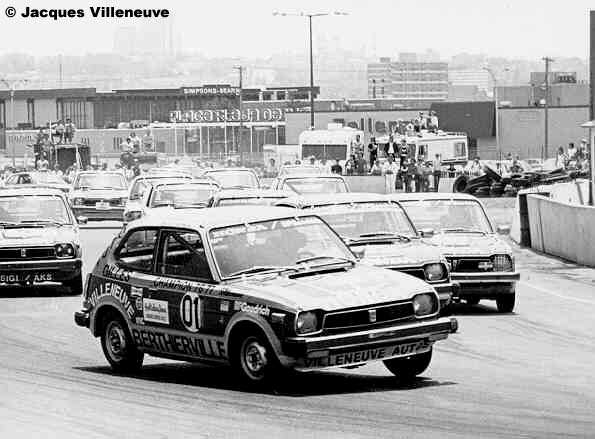 Thanks to the lighter, all-aluminum engine with crossflow heads, the 1200 became popular with club racers.  The ~1500lb weight made it quite tossable!  A certain famous F1 racer even did a stint in the Canadian Civic Cup series...

My car was found in Kennesaw, GA and purchased for $600.  It was running very rich, and a little bit of tuning on the Weber carburetor got it idling and running great!  It turns out that it had some very old-school performance bolt-on parts:  a Weber downdraft carb, an OLD Jackson Racing 4-1 header, and adjustable cam gear.  It also has the sought-after "deluxe" gauges, which includes a tachometer!  I added a Pertronix ignitor kit for a Datsun 510 to the distributor in order to remove the old points system for maintenance-free spark!  Then, I daily drove it for MONTHS.  The only issue I ever had was that it didn't want to heat up in the winter;  the heater core would cool the engine all by itself with a blocked radiator!

The interior is in quite rough shape that is associated with a Japanese car from the '70's:  Cracked dash, tattered seats underneath ricey seat covers, faded plastic, and dirt from years of enjoyment!  The hatch is pretty small, but does the job.  I can fit a 78" counter top from IKEA in and still close the hatch.  Lets see you do THAT with your new Honda!

A model of utility!

Anyways, we'll be bringing you some updates to Project Tinymobile within the next few months, but progress will be slow while I'm living overseas.  The 1st-Gen Civic community is also working closely with a couple of well-known aftermarket companies to get some quality parts out there!

Until then, Stay Friv!
-Parker