So this is an op-ed piece, take it for what its worth - less than 2 cents - and in no way represents sound legal advice.  It comes from hours of driving a two lane road to work, a road with only a few passing opportunities and a 55 speed limit.  Some drivers really try to stick to the 55 speed limit, others (like me) prefer the 60-65 range.  Those aiming for 55 often slow down for turns and hills resulting in a mismatch between expectations and reality for people like me (that's my polite way of saying that they're blocking the fucking road)

I want to use totally infallible logic to explain why doing more than the speed limit is OK, and why it should be expected and why most people should do it.  I realize that of course this might seem a little odd considering the speed limit is supposed to be the "Maximum" permissible speed - so let me explain. 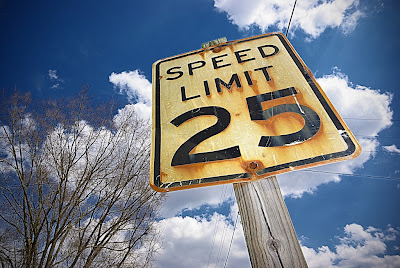 I want to get where I'm going before this sign rusts away to nothing
Since we are using logic it helps to describe some basic assumptions:
1) Many people are stupid.
What do you mean Phil?  You ask.  Well I mean that while the vast majority of people are able to tie their shoes in the morning and put on their own pants (preferably not in that order) there will always be some folks who need to be told what to do.  You probably know some people like this - they make lemmings look like little smarty pants - and they often end up winning a prestigious darwin award. 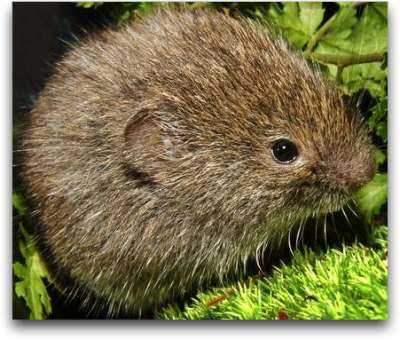 Lemmings: Not known for their ability to solve partial differential equations
2) We live in a litigious society
The aforementioned lemming-like people prefer their life to be a never ending stream of signs and warnings to help buffer them from the consequences of their own actions.  This seems confusing and annoying to the rest of us but for those not endowed with a pair of fully functioning hemispheres of grey matter it is absolutely essential to their survival.  Any gap in this barricade of fool-proofing is a place where these people fall and hurt themselves, spilling hot coffee in their lap and impaling that pencil they were chewing in their soft palette.  This gap is ALWAYS someone elses fault - I mean who expects a public restroom floor to be wet?  So its only fair that those institutions who fail to wrap us in a comforting blanket of protection be sued into oblivion by helpful personal injury lawyers. 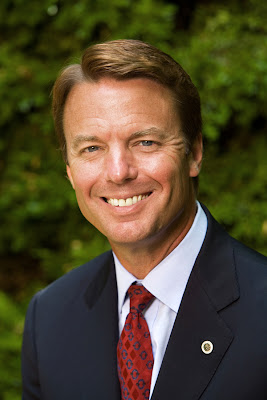 "I'm a PI Lawyer and can help you with your stupidity problem - I care about you and I like money a lot.  My hair costs a lot to keep looking so nice..."
Once we have established #1 and #2 as cold, hard unyielding facts of life we arrive at a harsh but necessary position:  Those people need speed limits.  It's really sad that it came to this, but its also sad that we have to take our shoes off at the airport, lots of things are sad but we don't have to think about it too hard.  The DOT has to make speed limits. If they didn't there would be this small subset of people who would simply crash into a ditch the first day after they got their license because no-one told them that the sharp bend couldn't be taken at 95mph while they steer with their knees and text their cousin pictures of their genitals.  Without speed limits these people would sue the DOT every day - and win (because that PI is too pretty to lose a case) - and we would soon all be too poor to own a car let alone put gas in one.  The only places that don't have speed limits either don't have people (Montana) or don't have enough lawyers yet (German Autobahns).
But to assert that we can drive faster than the speed limit we must make one more leap of understanding:
3) Those idiots could be driving almost any kind of vehicle.  I mean while you and I might just want to get to work on time, or get to the greased pig wrestling competition before the amateur hour is over - some people are hauling things from one place to another.  They might even be hauling something big, heavy and hazardous.

The guy driving this truck also wants to get where he's going fast - he hasn't seen your mom in weeks and he has "needs".
The DOT decided that it was too much trouble trying to make different speed limits for different vehicles, and apply them in different weather conditions.  For this reason - and follow me closely here:
4) It's reasonable to assume that the speed limits on our roads are intended for most vehicles in most weather conditions.  In other words unless you are hauling a special ultra wide load or unless the roads are covered with ice, you can pretty much know that the speed limit is a safe speed to negotiate a road at.﻿ 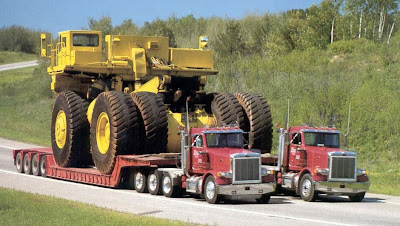 These guys should probably ignore the speed limit and go a little slower.  Your moms new powerchair costs a lot of money and we don't want them to drop it and break it.
﻿
5) We also need to recognize that some fairly ordinary vehicles like semi-trucks, or F150s with a trailer load of mexican immigrants yardcare equipment will have different handling characteristics from a Lotus Elise or even a Honda Civic.  A semi-truck can take over 300 feet to stop from 55mph.  Most cars can stop from that speed in about 100 feet.  Yet all of the above are subject to the same safe legal speed limit since the DOT didn't want to go to the trouble of putting up separate signs for everyone.
Now join the dots with me.  Knowing its safe for a vehicle like a semi truck to travel at 55mph on a typical country road in typical weather conditions - tell us that its perfectly safe to negotiate those same roads at about 65mph in a car.  At those speeds in a car the braking distance, cornering ability and agility still easily outshine that of a 40,000lbs truck at 55mph.
Now we have arrived at the hub of the discussion - it is safe for most people in most cars to go about 10mph over the speed limit﻿ in most conditions. 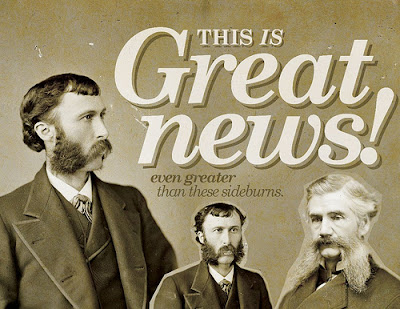 You've been waiting your whole life to grow these sideburns thinking it will make you unique, then some guy called wolverine shows up and its suddenly mainstream.  It's OK, at least you know you can drive 10mph over the speed limit in your car and be perfectly safe doing so.
Establishing that something is "safe" to do and extending it to assert that its the "right" thing to do takes a little more maneuvering.  Just because its safe for me to do 65mph on a road with a 55mph limit does that mean I should?  Yes. Remember the whole point of you driving in your shiny horseless-carriage - is that its faster, safer and more convenient than... well... riding a horse.  If you're not going to go at the maximum safe speed (which we have established is about 10mph above the general speed limit) then why don't you just ride a horse, or a bicycle or walk or something?  You've invested a lot of money buying that fancy car, its whole point is to get you from one place to another quickly - more quickly than Mr Ed was ever capable of.  65mph is about 20% faster than 55 - that's like a whole slice of pie faster. 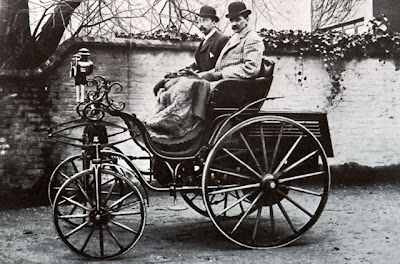 Even with the 50 shot of NOS under the seat these guys couldn't dream of 65mph.  They would have shaved their moustaches for an extra 20% of velocity.
We also know that the police, those brave uniformed brigade of ﻿law enforcers, happily watch you drive past at 10mph over the speed limit (unless your skin is too dark or you have some ill-advised bumper sticker involving donuts and cops).  That's a tacit endorsement of the 10-over rule if ever you needed one. Finally for the coupe-de-gras - Everyone else is doing 10 over, so driving right at or below the speed limit is just going to hold them all up.  Yeah that mile long line of cars behind you isn't full of drivers who love the countryside and the scenery - they want to get past you and get to where they need to be.  Preferably about 20% faster.

Its your god given right to drive at whatever speed you like, that's fair to say, but pull over and let people past if you want to go slow.  You don't just stand there in the middle of the sidewalk blocking people who need to be somewhere do you?  Don't answer that, just get out of the fucking way. 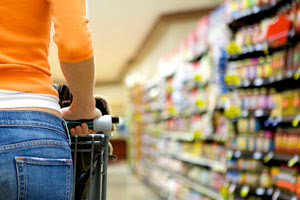 "Excuse me, I'd like to get past you so I can get to the Dijon Mustard﻿ please..."  "Thankyou..." "You're Welcome..."
In a polite world we don't stand in people's way, we check behind us, if someone needs to get somewhere we get out of the way and apologize.  It's all very civilized, we're so polite we even whisper to each other.  For some reason in cars the rules change, and when I try to pass your car, you stop texting, sober up and hit the gas to stop me "winning" some imaginary race you just made up.  What the fuck?  One minute you're browsing on your smart phone for ways to make your prius go slower, the next minute you're driving like your water has broken and you left a turkey in the oven 3 states away?
So in summary what am I trying to say here is very simple:
1) Its safe for most people to drive 10mph over the speed limit in most vehicles in most conditions.
2) Most people already do.
3) Those that don't want to, need to get out of the way - its RUDE not to.
4) When in doubt remember to apply the golden rule to all things in life:  "Don't be a Dick"
Thankyou, that is all.