People always say the journey is the destination, In this case my destination was truly a journey. One journey that included 17 hour drives, eating at a casino, jack and cokes, giant trees, freezing deserts, hot mountain sides, staying at the dead hooker inn, feeding squirrels, endlessly searching for premium gas, singing karaoke, and driving an amazing convertible across an entire country.  This was our journey. 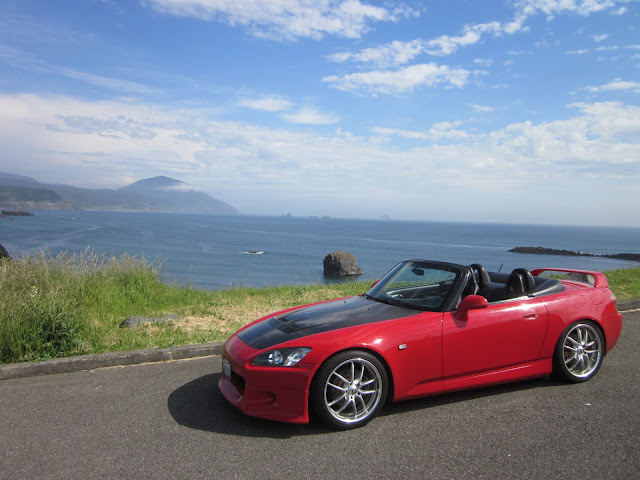 So it all started when my good friend Cory gave me a call and told me hed be coming home from his work in Pasco Washington (about 3 hours east of Seattle). He also mentioned that he bought an S2000 and would be driving back instead of flying back and at this point I knew I wasnt going to let him do it alone. So I bought a one way ticket flew across the country knowing that I was only doing it to just drive right back home. The second I laid my eyes on what he bought I knew it would be a good trip. 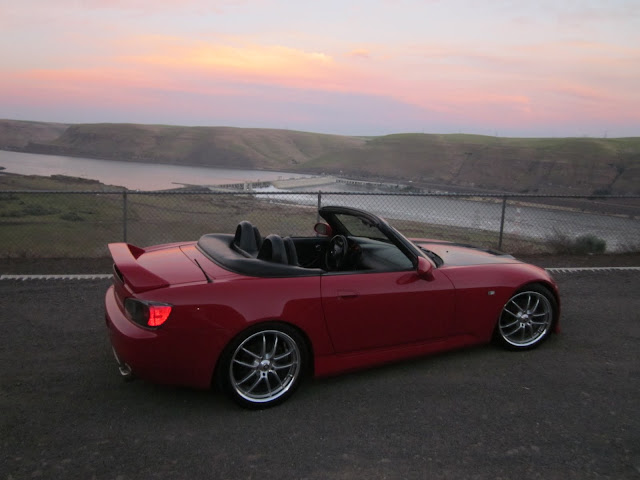 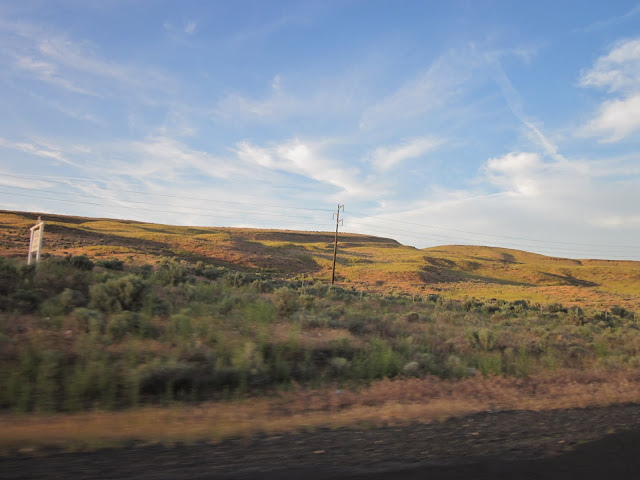 Washington is a super nice place, I had no idea there was a desert in the evergreen state. 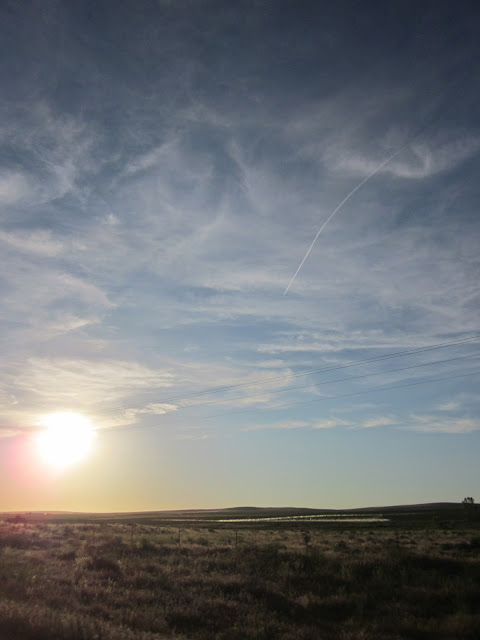 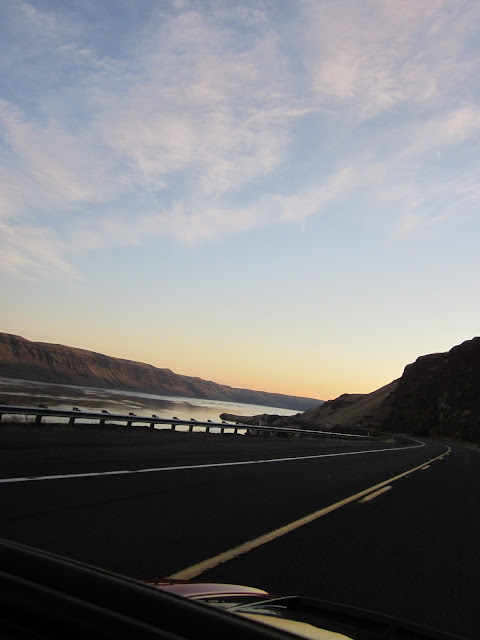 We basically followed this river all the way to Portland, there is a highway on both sides it splits Washington and Oregon. Just a brilliant canyon/ river road. So that... 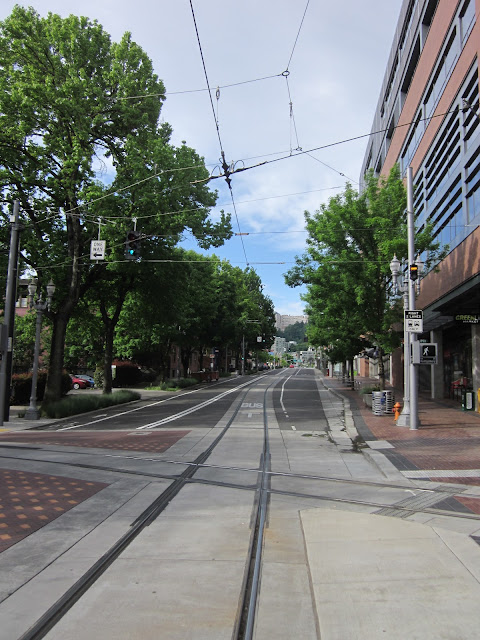 Brings us to Portland, the hipster capitol of the world. I loved it! Probably one of the nicest cities I have ever seen. For a city everyone was super nice, the homeless people were drinking Seattle best coffee, and nobody drove cars at all, they all rode the bus and trains, and with an extensive city rail system like this, I would too. 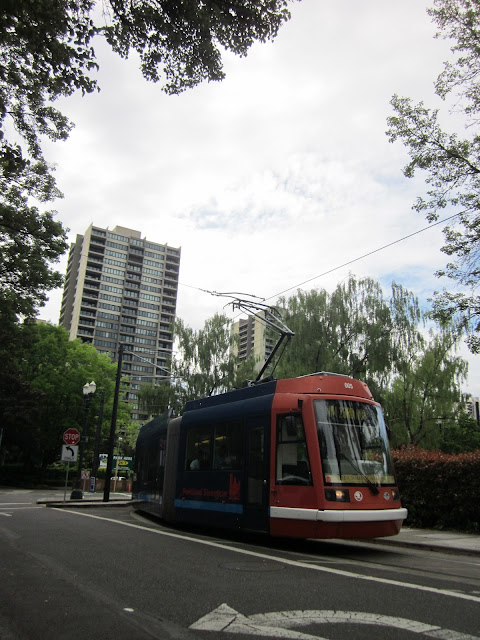 (Its like a Mister Rogers neighborhood you live in!)
A fantastic place, glad we got to stay. 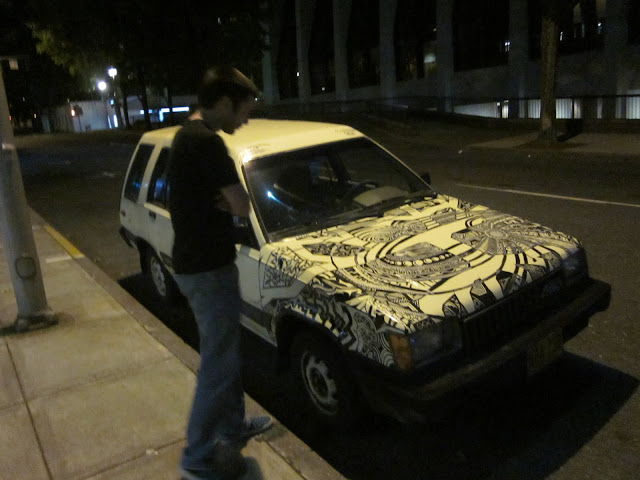 Also we sang karaoke, had a few beers, roamed the streets, and found this, an awesome old 4wd tercel. 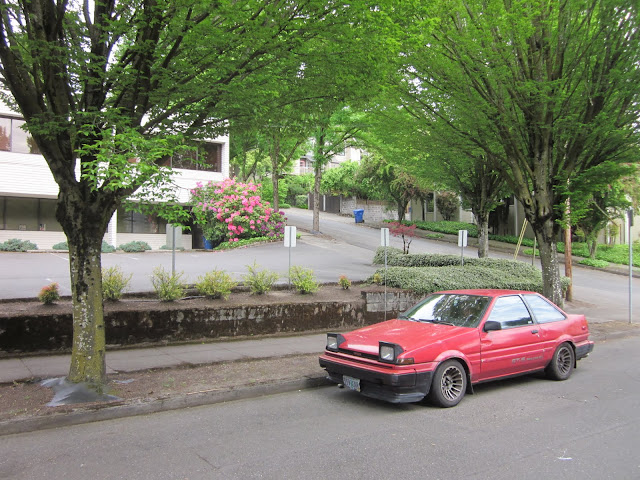 Also a GTS, ok so moving on. 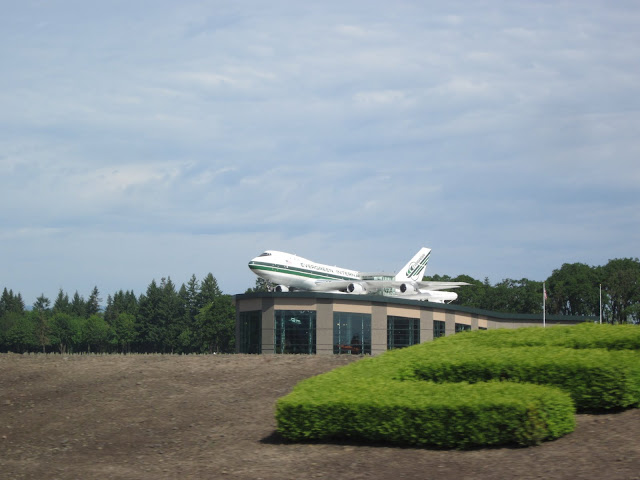 To a plane on a building...I know your impressed now, but if you look really close there is a little glass thing on the side of the plane, thats because that building was a water park and there are slides coming out of that plane. Seriously. Then we finally saw... 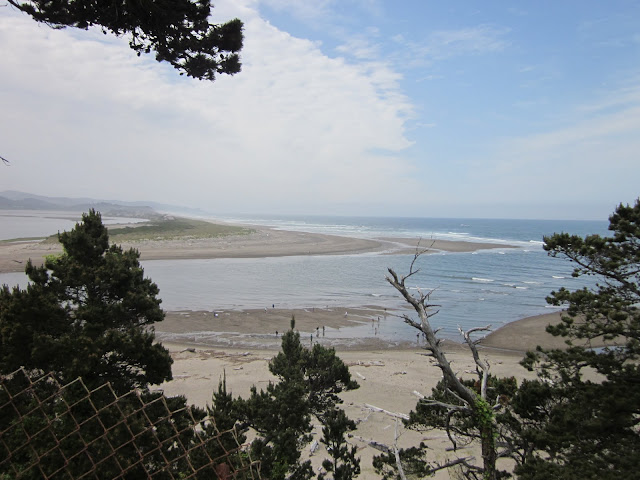 the Pacific. We drove down the 101 from Oregon into Cali and wow what an amazing place. Its painting after painting, epic scene after epic scene. 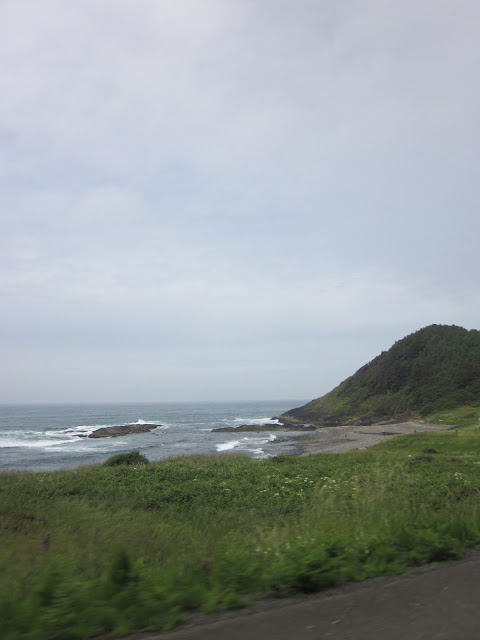 So sometime after this we stopped off due to a minor car fire, I managed to push the a/c condensation drain hose into the headers through the firewall with my feet (to be honest my fault but should I really be able to do that Honda?) It wasn't funny at the time when we saw smoke under the dash and I grabbed the half empty NOS energy drink and got ready to poor it on whatever was on fire under the hood. Turns out nothing was on fire that hose I pushed in just melted a little. So we laughed it off and after a bunch of Fast and Furious 'Danger to manifold!!" and "I need NOS" jokes we moved on. 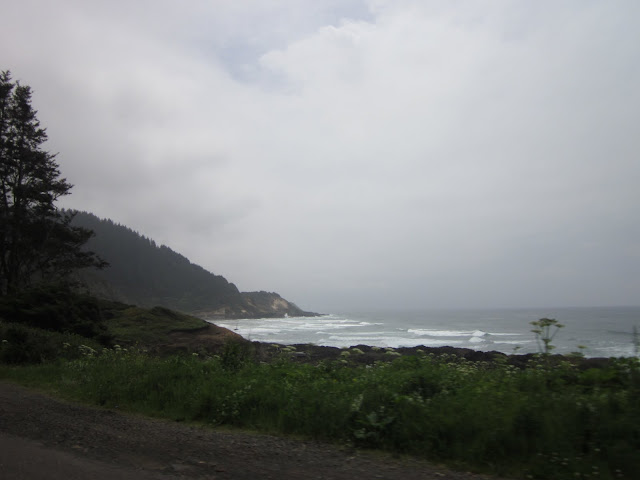 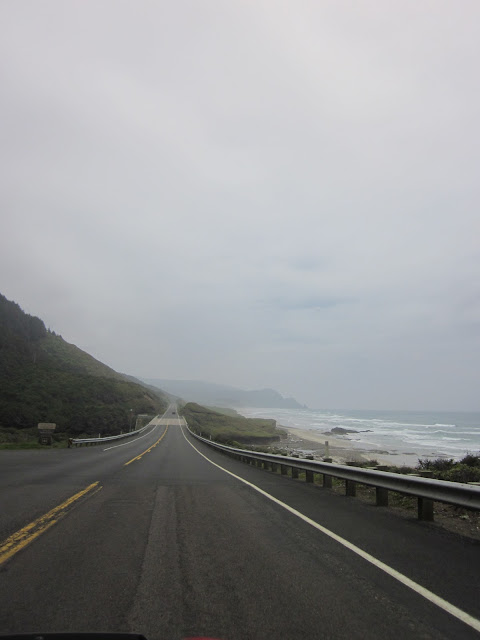 This is a good picture explaining the 101, forest covered mountains dropping off the ocean. Simply breathtaking. 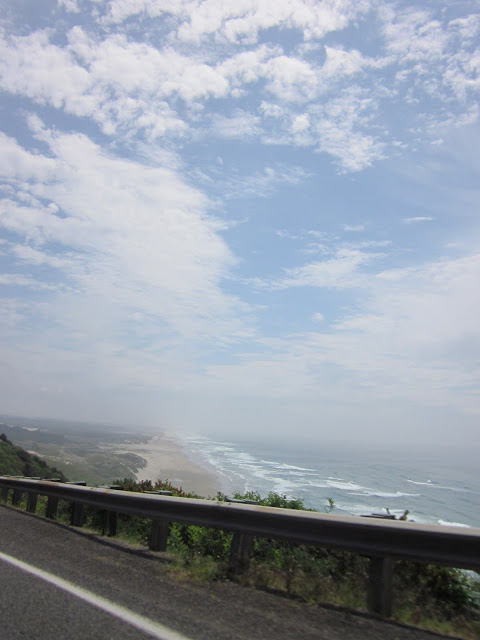 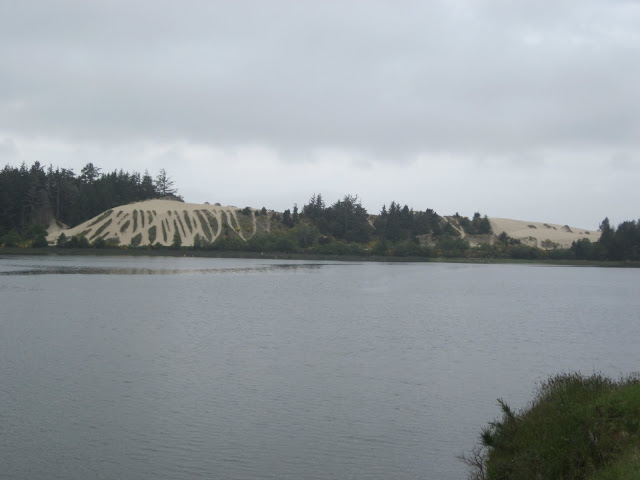 Also Oregon has sand dunes randomly placed in forests, not sure whats up with that. 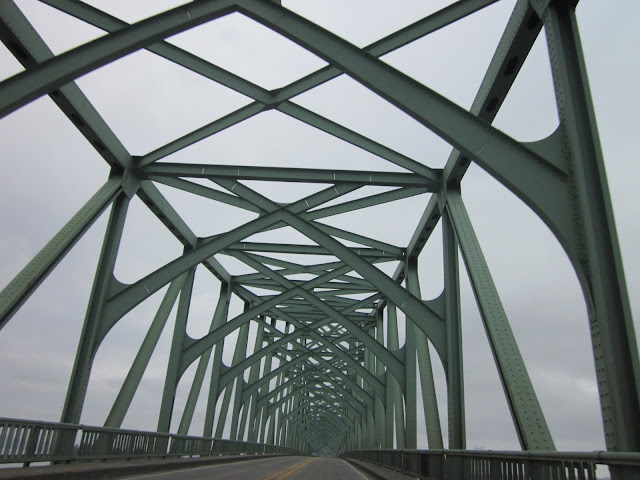 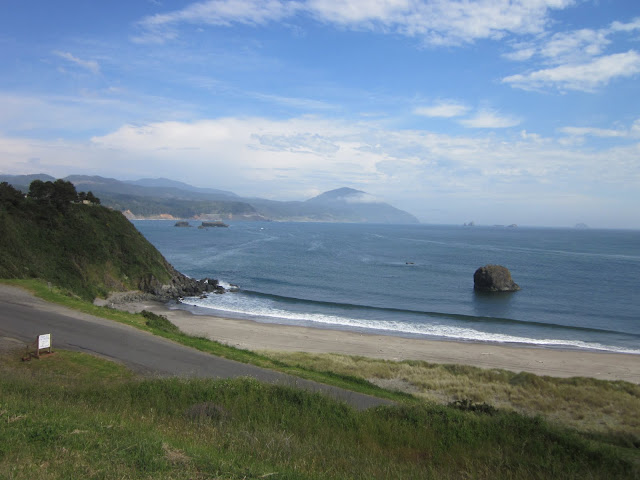 I bet you didnt think Oregon looked like this. I didnt. ( Disclaimer this may be north Cali) Still wow. 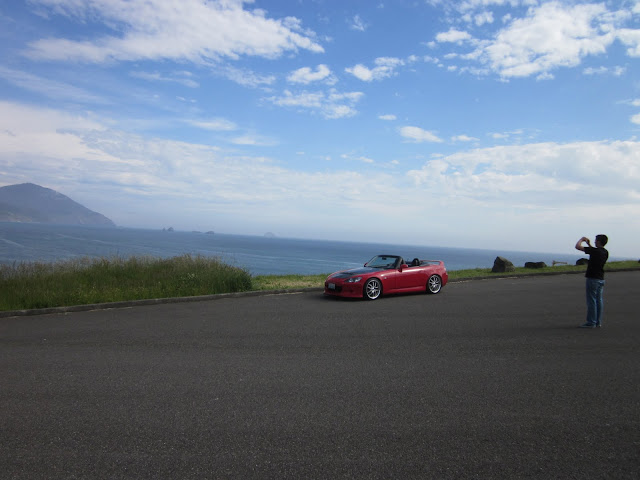 Cory getting a pic of his new ride. 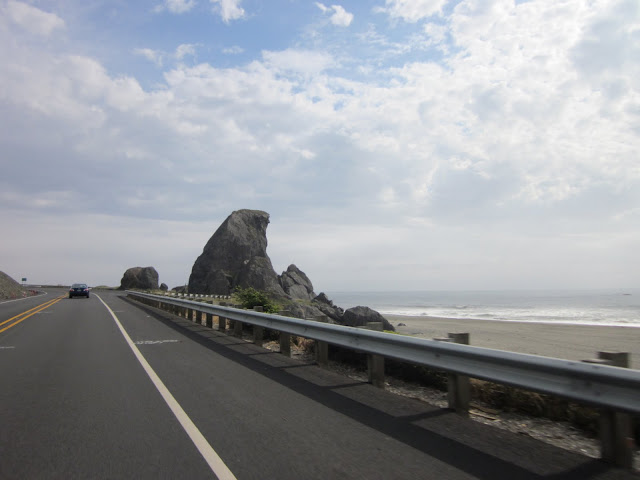 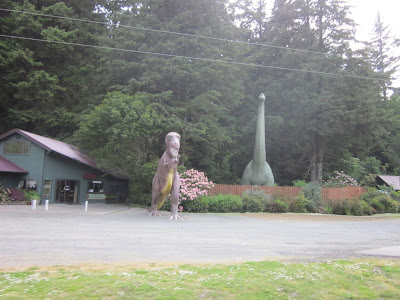 For some reason a trip out to the west isnt the same without seeing some dinosaurs. 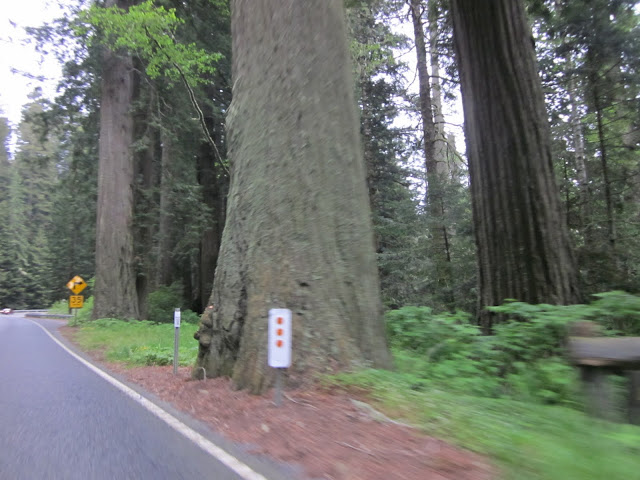 Now where off to the redwood forest, these trees are bigger and taller than the empire state building on Viagra. Its insane, the pictures do not do them justice. The best part about it is that we were in a convertable, and could see from top to bottom. You just cant do it any other way. 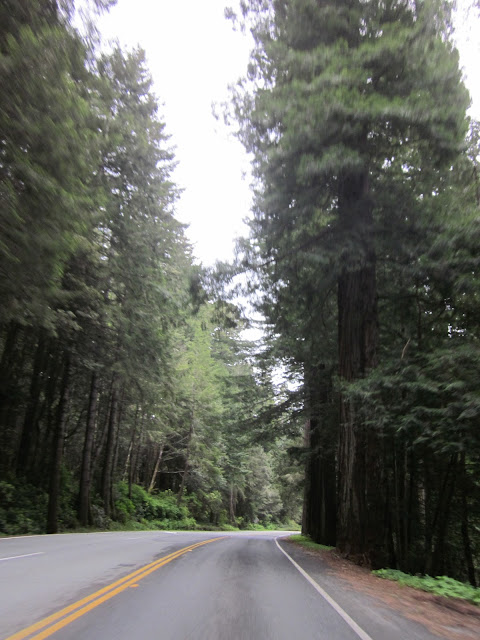 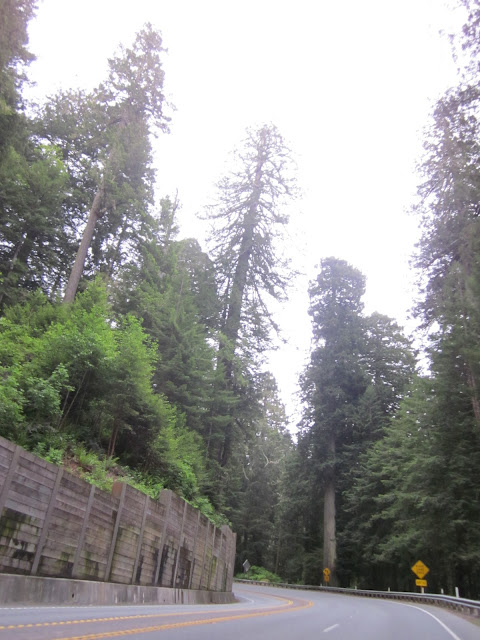 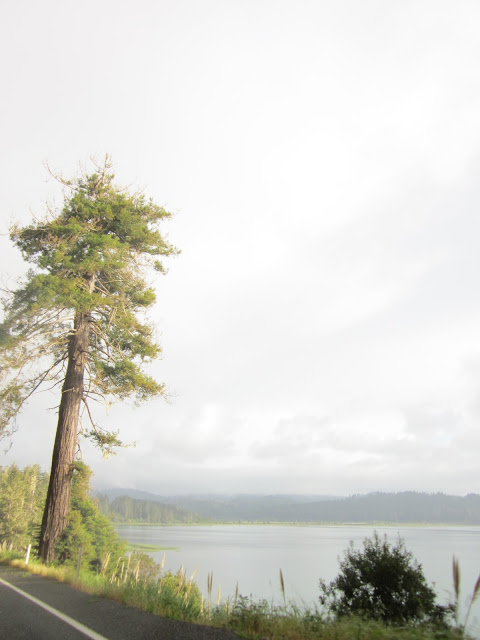 For awhile the the forest mixed with the coast, its a pretty amazing site.
Thats it for part one. Stay tuned for deserts, mountains, shenanigans, gas stations, and squirrels.