It's time to introduce another member of Frivolous Motorsports. My name is Parker, or PbUssey as some would call me. In March of 2007, I bought a 2004, Grand Prix White S2000 with tan interior. This car rocks.

Yes, that is snow on the ground.
This was the very first rear-wheel drive car I had ever owned, and so the first few months were spent learning how to drive this thing without killing myself! I started to learn very quickly that Honda had created a serious machine here. The rev-happy 2.2L engine is pretty tame around town and in traffic just like any other Honda, but let it sing up to it's (factory!) redline of 8200rpm and you really start to move! The steering is very direct and nearly instant, and the double A-arm suspension helps the car stick like glue going around turns.

Waking the Dragon!
So I've had the car for 4 years now with only brake pads and tires as upgrades and I keep getting yelled at by everyone to do things to the car so I have decided that 2011 will be the year to start modding the S2000. This past weekend showed us some much needed warm weather so I got to work. 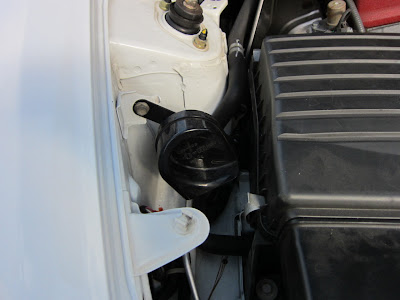 The OEM horns have their own brackets welded to the car.
The stock Mitsuba horns in the S2000 are pretty decent, but still leave a lot to be desired when it comes to actually getting the attention of other drivers. Ish had replaced the horns on his WRX with Hella Supertone horns rated to 118dB and they will scare the crap out of anyone in front of them. Just what I need to stay noticed in Atlanta traffic! I started by removing the horns from the stock locations; one here to the right of the airbox and another behind the front grille. 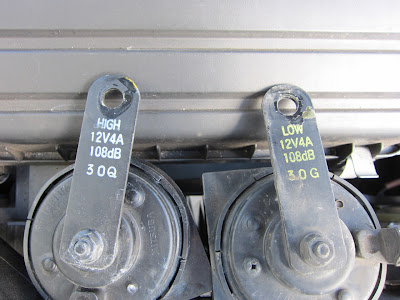 You can see the high and low tone horns are both rated to 108dB output.
The new Hella horns have an output level of 118db, 10dB higher than the stock ones. To put that in perspective, an increase of just 3dB is equal to a perceived doubling of volume! This means that in theory, the new horns will be 8X louder than the originals. 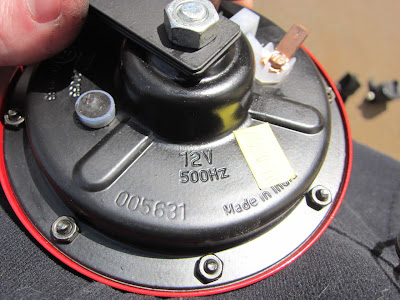 Hella has designed these horns to work at 300HZ and 500HZ as the high and low tones.
The new horns come with a relay to make sure that you get enough juice to these horns without burning up your stock wiring. I chose to leave this out since the S2000 has it's own horn relay and a 30amp fuse to protect the circuit should these babies get too power hungry. I installed a spade terminal on the positive wires to the OEM horns and a ring terminal to utilize the same grounds. In my case, I got lucky that the brackets on the horns pointed the right way towards the wiring harness bundles so the wires had plenty of slack to reach. 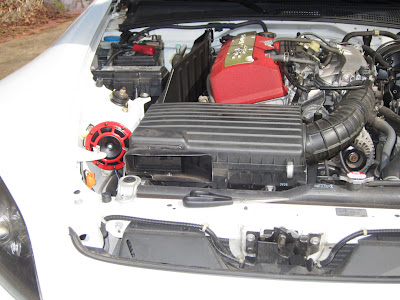 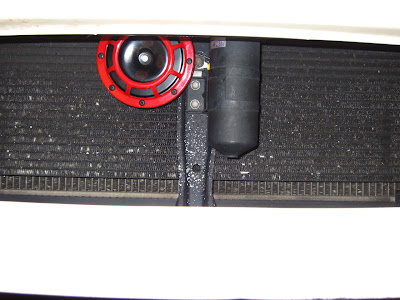 The finished result sounds much wimpier from behind the wheel, but in front of the car your ears will be ringing!